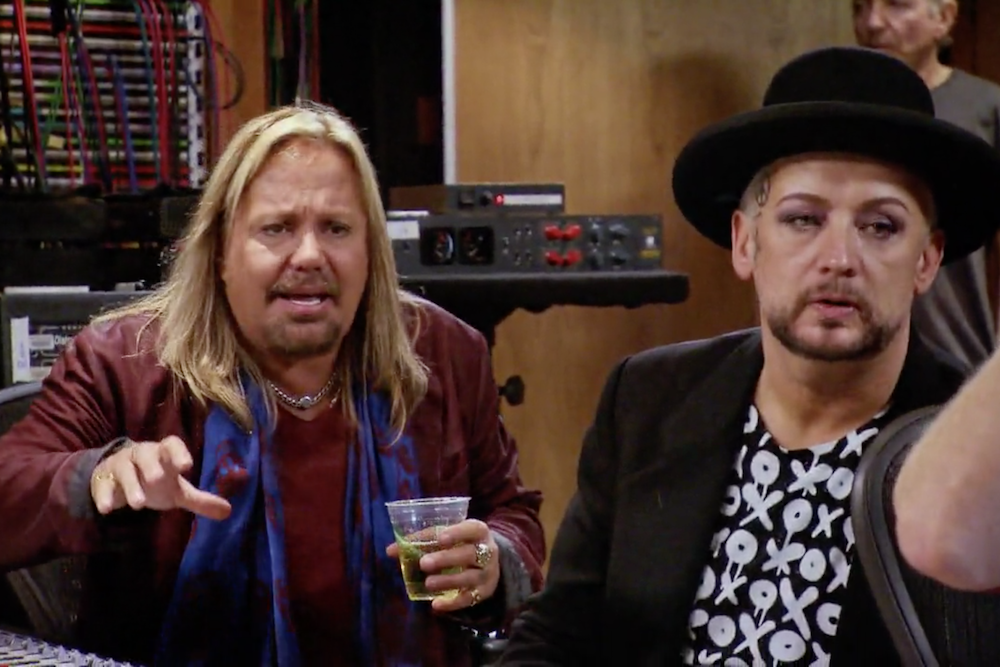 One of the first flare-ups from Arnold Schwarzenegger’s New Celebrity Apprentice, which premiered last night, happened between Culture Club frontman Boy George and Mötley Crüe’s Vince Neil. While collaborating on new music for an assignment, Neil nonchalantly brought a cup of wine to the studio. George, a recovering addict who’s openly spoken about his newfound sobriety, was visibly perturbed.

“I do not need to be in a room with someone drinking alcohol—it’s just not a good look for me,” George told the camera.

Neil insisted that having a wine at work was a natural part of the creative process. Still, they got into a brief argument about it in front of the Governor—yes, Schwarzenegger still refers to himself as such on the show—when George brought it up during the elimination hearing.

“Having a glass of wine while you’re working is the way I’ve always worked in the studio; it doesn’t hamper anything at all,” Neil said. “It’s just a couple of glasses of wine, and you can not put your sobriety on everybody else. If you choose not to drink, don’t drink. But I’m way over 21.” The moment—as well as the entire episode—is streamable on NBC’s website. (The arguments take place at 12:35 and 25:30, respectively.)

Both ’80s stars are still on the show, so the sobriety issue may remain a discussion point throughout the season. Even if it stays a little melodramatic, it certainly won’t be the worst thing to come from the show.