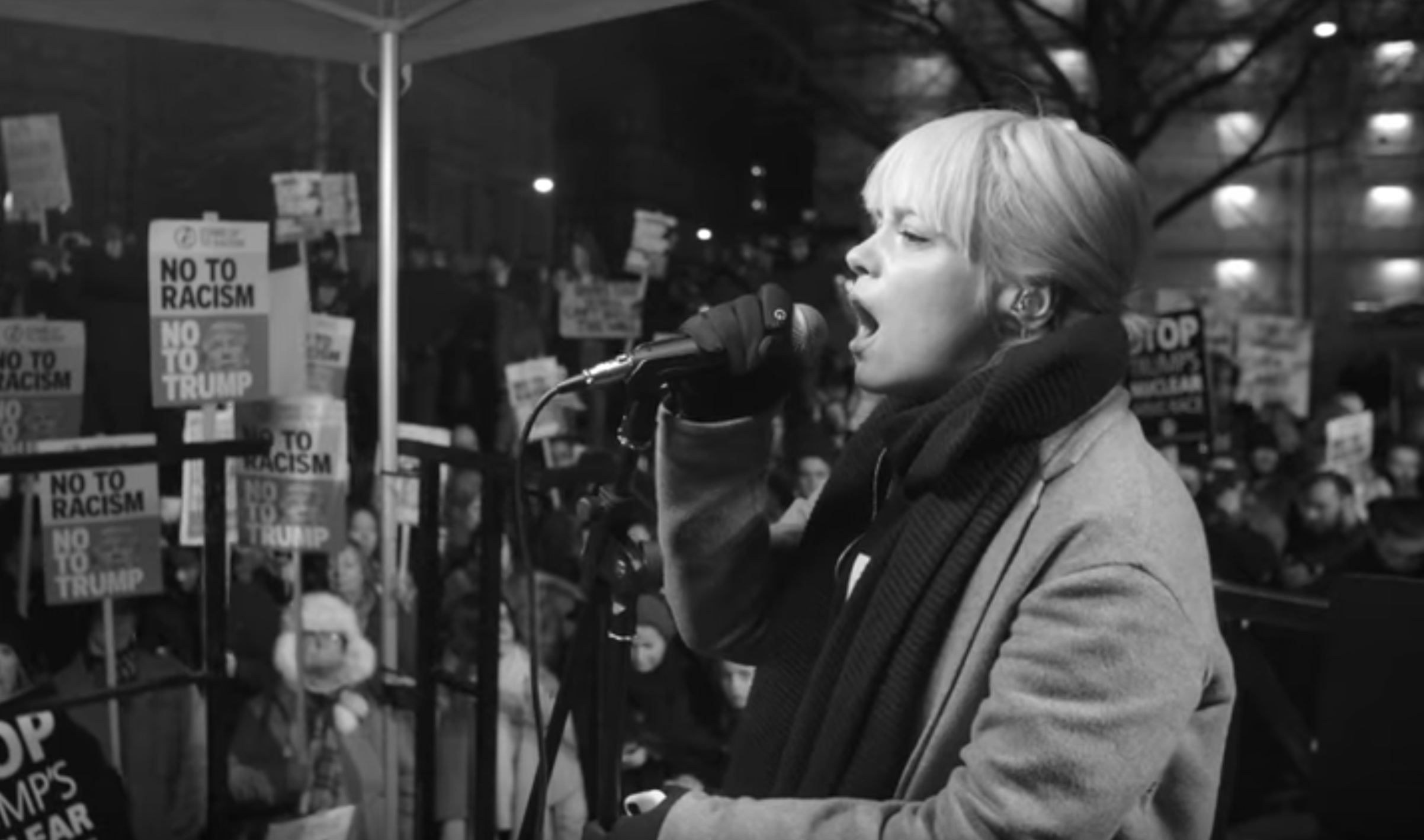 Some of the first lyrics in Rufus Wainwright’s 2007 song “Going to a Town” are “Gonna see some folks who have already been let down/I’m so tired of America.” The song’s message easily proves why Lily Allen included it on a recent anti-Trump playlist entitled “He’s Got the Whole World, in His Tiny Hands,” which features apropos jams for our current sociopolitical moment. (LCD Soundsystem’s “North American Scum” and Rihanna’s “Russian Roulette” were included, for example.)

The British pop singer/songwriter has also released a slow, mournful, synth-string-driven cover of Wainwright’s song, produced by Mark Ronson. It’s paired with a video featuring dreamy, black-and-white footage from the London Women’s March this weekend. Included are clips of her performing in front of protesters. Watch the video and sample Allen’s playlist below.