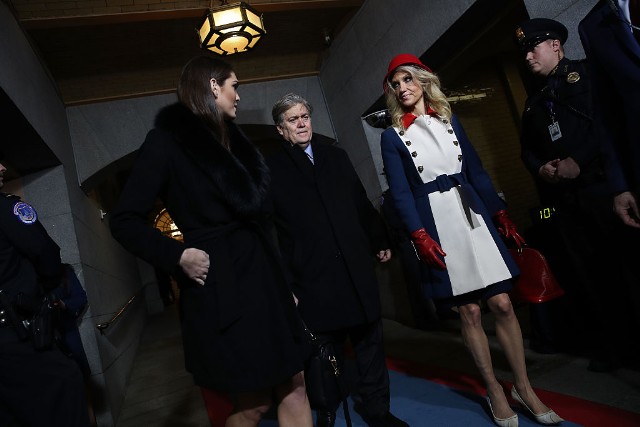 On the day Donald Trump became President of the United States of America, Twitter looked around in desperation for a meme-able source of comic relief. It found Trump campaign manager Kellyanne Conway’s $3,600 Gucci coat dress, which might be rather fetching if it weren’t paired with such a repugnant moral compass, or that hat. The internet variously described her outfit as a nutcracker figurine, or a historical re-enactor, or a doll-sized historical re-enactor, or Paddington Bear.

But Conway isn’t the only person to celebrate the transformation of shameful parody into inexplicable success with a gaudy Gucci marching band uniform. Yolandi Visser, one half of South African shock-value rap duo Die Antwoord, Instagrammed herself wearing the very same coat just six weeks ago.