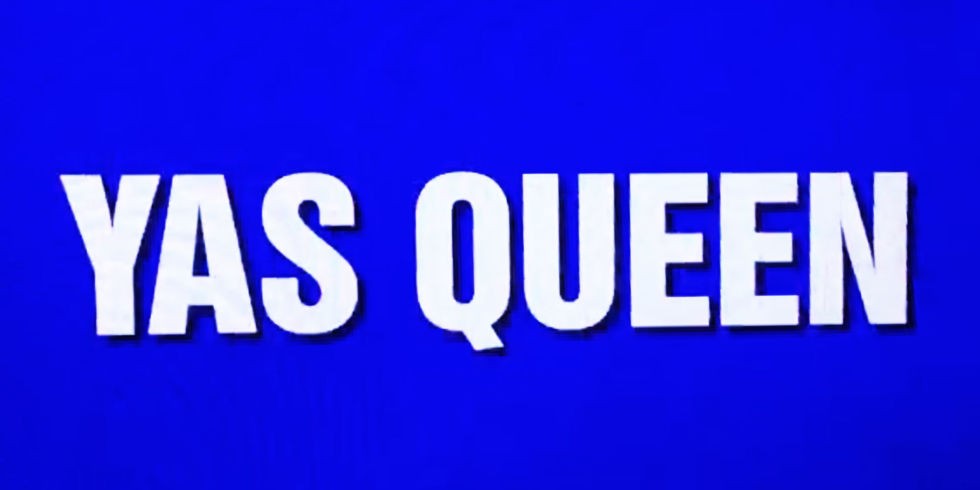 Though it may not have seemed like it if you were watching the show, last night was a culmination of sorts for this current era of Jeopardy! The 53-year-old show has been increasingly shameless in aiming for viral moments over the past five or six years, apparently unsatisfied with its normal, sturdy viewer base of sweet, devoted grandparents and people unwinding with the show in a haze of post-work exhaustion. Jeopardy! has regularly had Trebek as borderline absurd pop culture questions and even do outright comedy bits, which feel directed not toward devoted watchers of the broadcast show, but towards millennials prone to retweeting funny thirty-second video clips, like, say, Alex Trebek deliberately enunciating “‘679′ and…’Trap Queen”:

For years, the show has been seeding Trebek’s Vine-ready, self-aware “I’m with it…I’m hip” campaign by having him do things like use Autotune and ask a question about Cam’ron’s pink Range Rover. In 2014, we got to hear him rap Cypress Hill and say “2010 Gucci Mane song title.” This year, he bluntly called a girl a loser for liking nerdcore rap music (Trebek: not a nice man) and asked a contestant about a “disciple of Kanye West” named Chance the Rapper. Last night, however, the 76-year-old host threw all caution and good taste to the wind, rattling off an entire list of meme-themed categories.” Ring in Trump’s America in style by clicking below, on this official-Jeopardy!-Twitter-account-approved meme of Alex Trebek saying “Yas queen”, “Dad Bod,” “Keyboard cat” and more:

Allow Jeopardy! to help you discover the meme-ing of life #TodayOnJ! pic.twitter.com/04NL9UyLZN