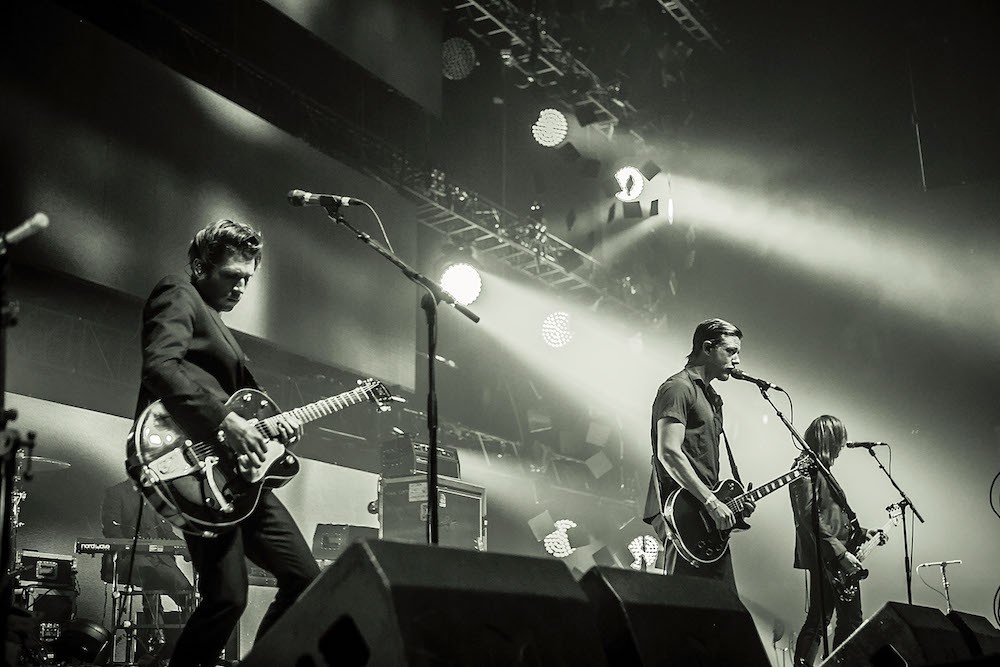 Interpol’s essential debut album Turn on the Bright Lights turns 15 this year, so the post-punk revivalists are going on tour to celebrate. The trio has announced a line of European dates that will run through the late summer. The shows include gigs at Italy’s AMA Music Festival, Switzerland’s Zurich Open Air Festival and Romania’s Summer Well Festival. Will former bassist Carlos D. come through for a couple of reunion shows? One can hope.

The announcement comes with word that Interpol has been working on a new album that’s due in 2018. View the tour dates below.