BJ the Chicago Kid on Performing For Obama: “They Asked Me to Take People’s Minds to Another Place” 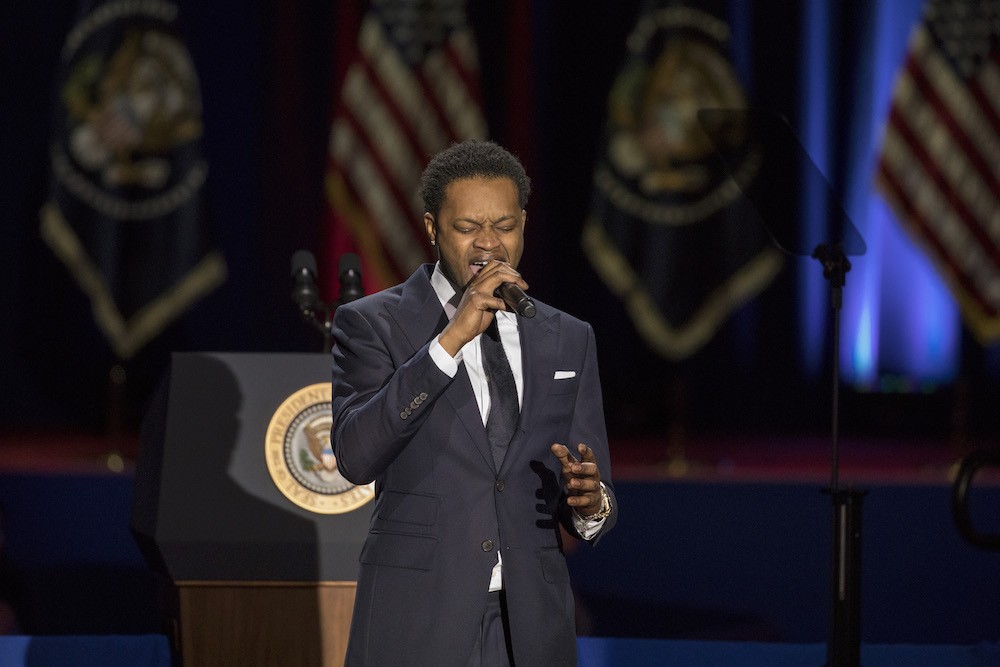 On January 10, R&B singer BJ the Chicago Kid performed the National Anthem at Barack Obama’s Farewell Address in Chicago. Given just days to prepare, BJ jumped at the opportunity for obvious reasons: America’s first black president was returning to the Windy City to bookmark a historic presidency. It was a dream manifested for BJ, a son of inner city Chicago, who has brought an old soul to tracks by Kanye West, Chance the Rapper, and Common, as well as his own his own February 2016 solo release, In My Mind. Last week, he spoke to SPIN about his experience.

For the first time, I was calm backstage. I’m normally not nervous, but I believe when you have a passion for something and you’re about to do it… it’s not butterflies, but your stomach just doesn’t settle. You have the most excited feeling that you can possibly have. I was very calm but very present in understanding what I was about to do. But as soon as I went off stage, I was like, “What just happened?’” Most people have to learn the words to the National Anthem before they sing it. I learned these words when I was a child in elementary school, so this is something that’s been embedded in me ever since I was an adult. So it just made it even more easy.

There were no hiccups. They made sure we had everything we needed, which is very little: Just a working microphone. Singing is something I do every day—not every other month. When I touch the mic, the same thing happens every time. They’re not asking me to build a rocket ship that has to make it to Mars. They just asked me to build a rocket ship to take people’s minds to another place.

Every time I’m singing at a national event like that, it’s not about just me or my voice. It’s simply about my duty. And my duty isn’t always singing to women or singing to men. Sometimes my duty is to sing to my people—as a race, as a community, as people of the United States. That’s what my job was that day.

It was definitely an honor to actually shake his hand and get a moment with him. God bless him, man. I could only imagine the responsibility of a man of that stature. I understand how crazy life can be for little ol’ me. Imagine someone that is actually controlling the free world. Anybody that has that kind of power needs prayer. He needs his people. All I could do was tell him, “Thank you. Thank you for having me here, thank you for everything you’ve done before calling me.”

After the performance, I just went back to my hotel and wanted to just absorb the moment. That was one of the moments where I had to press pause, put the phone down and just really absorb.