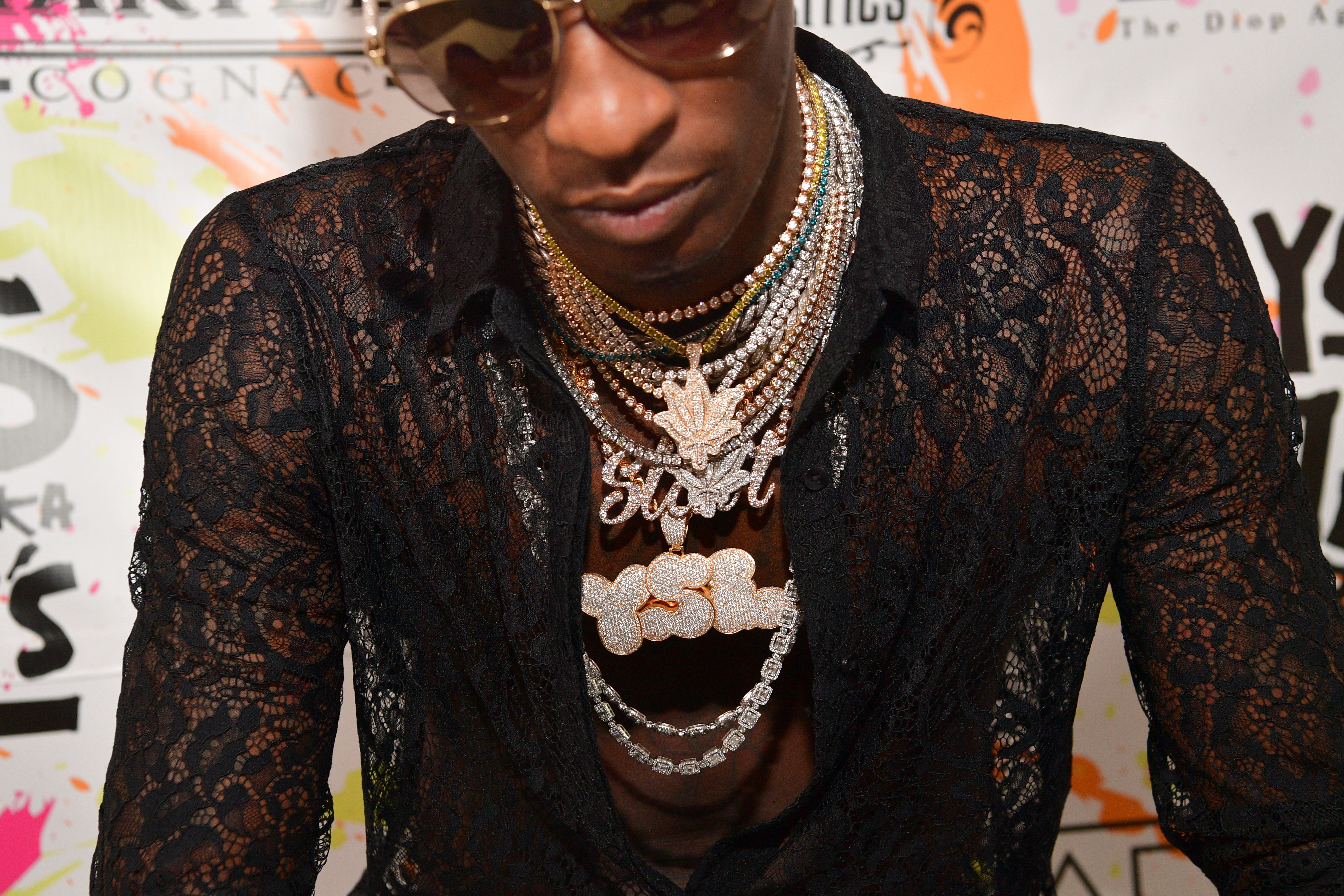 The final show of Young Thug and 21 Savage’s HI’HORSED Tour took place at New York City’s Terminal 5 last night, and it was a bizarre ride, to say the least. Savage’s appearance was enjoyable if fairly uneventful, but after an hourlong wait, Thug kicked off a set padded out with costume changes, singing along to other people’s songs (Thug flailing around and rapping Chief Keef’s “Faneto” was an odd highlight), and a bunch of special guests. After taking a long break, Thug returned onstage with a masked man performing “Stick Talk,” who was soon revealed to be Future, fellow Atlanta superstar and Thug’s former rival; the followup was a somewhat confusing stint from Usher.

Thugger concluded the show by repeatedly stage-diving with rapper/hypeman Duke during a rendition of last year’s “Best Friend.” He probably dove one time too many: Thug was dropped while crowd-surfing and afterward got lost in the audience. After several minutes, he finally got back onstage and stumbled off with only a brief muttered goodbye.

TMZ captured footage of the incident which seems to indicate that Thugger’s abrupt ending was due to the fact that he had been dropped directly on his head. Watch the video below.