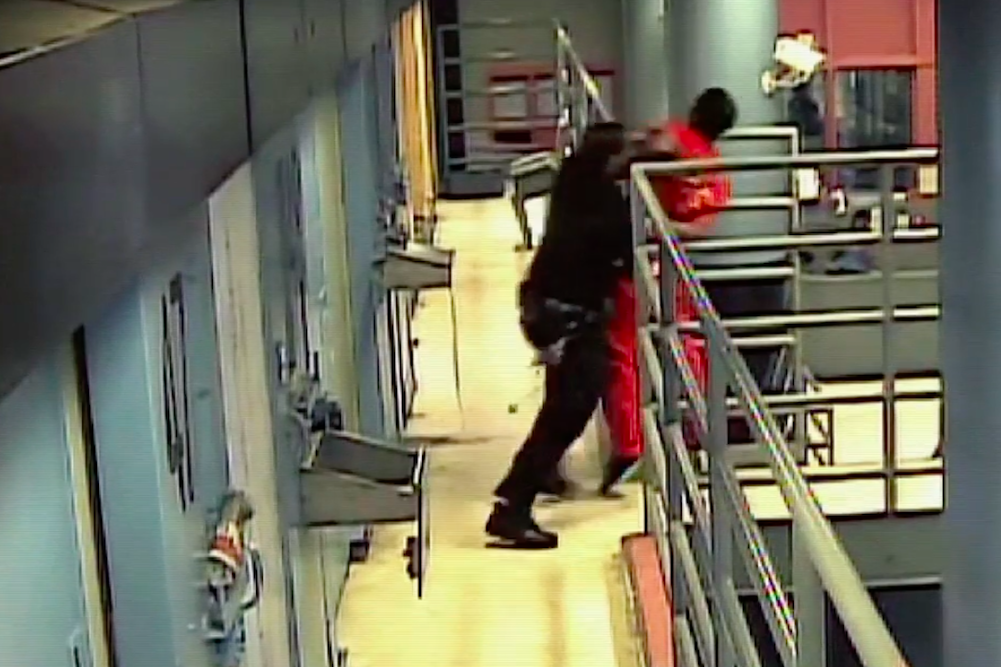 In March, Spike will air Time: The Kalief Browder Story, a six-piece docuseries produced by Jay Z. The series chronicles the life and death of Browder, a New York City teenager who spent years in Rikers Island—much of that time in solitary confinement—on petty robbery charges that were ultimately dropped. Today, Spike released the first trailer.

Browder’s story came to national attention after Jennifer Gonnerman profiled him in the New Yorker in 2014. He was charged with stealing a backpack, and steadfastly maintained his innocence during his time in Rikers, where he stayed for years because his family could not afford his $3,000 bail. After multiple suicide attempts in and out of jail, Browder took his own life last year. Browder’s case became a rallying cry for the movement against solitary confinement, especially for young people, and President Obama cited his death when he banned solitary for juveniles earlier this year.

Jay Z came to know Browder after reading Gonnerman’s New Yorker story, Gothamist notes. “I told him how proud I was of him for making it through and he was telling me how he was enrolled in college,” he said. “Then I get a call that said he had taken his own life and of course, I was thrown.”

Watch the Time trailer below.