Watch Metallica Perform “Atlas, Rise!” and “For Whom the Bell Tolls” on Kimmel 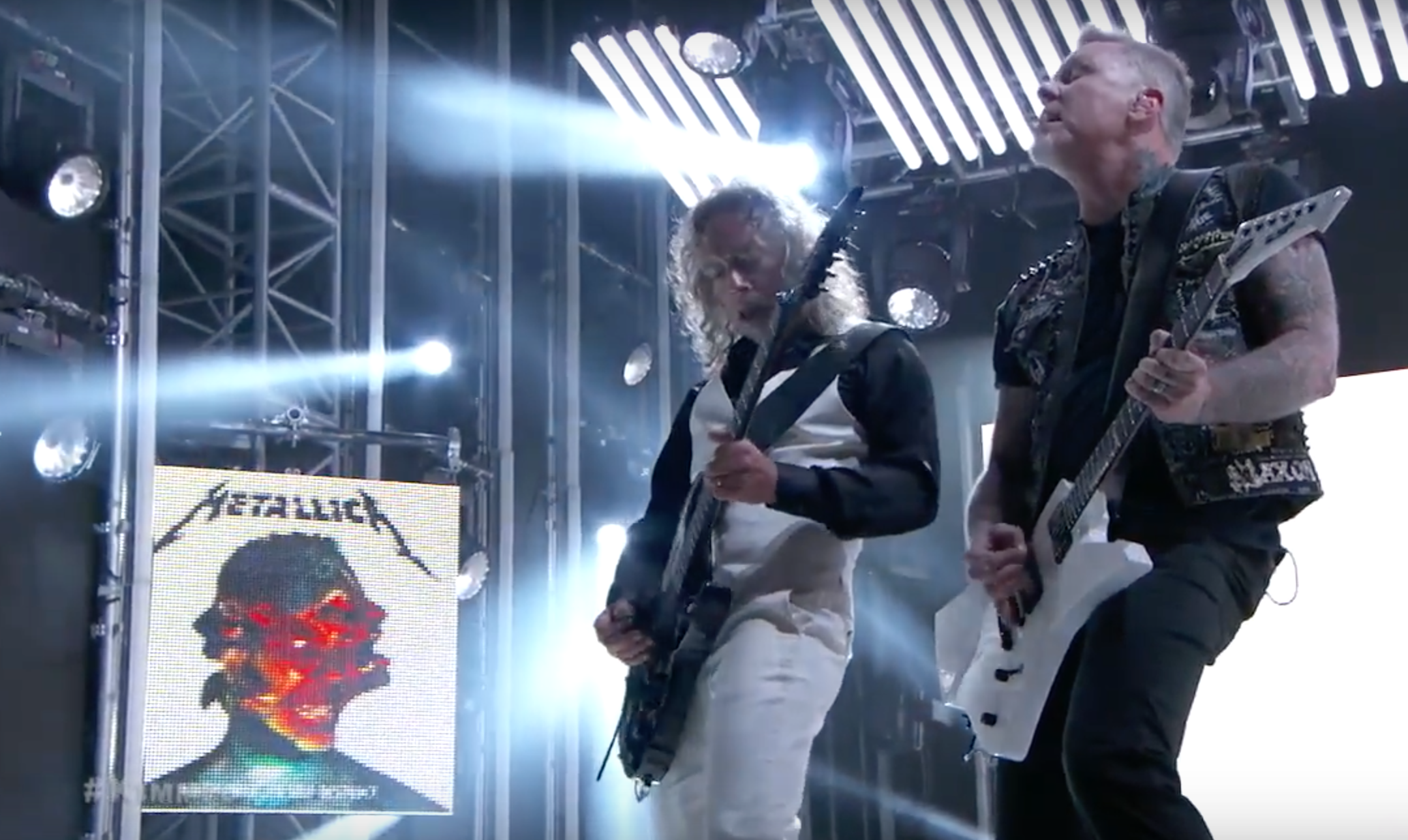 Last night, Metallica appeared on Jimmy Kimmel Live! for an incendiary two-part performance. On Kimmel’s massive outdoor stage, the band played their recent epic “Atlas, Rise!” off their new release Hardwired… to Self Destruct, as well as their Master of Puppets classic “For Whom the Bell Tolls.”

After their performance, the band sat down with Kimmel to talk about their first release after eight years, the making of their logo, and how their kids couldn’t care less that their dads are in Metallica. Watch the videos below.