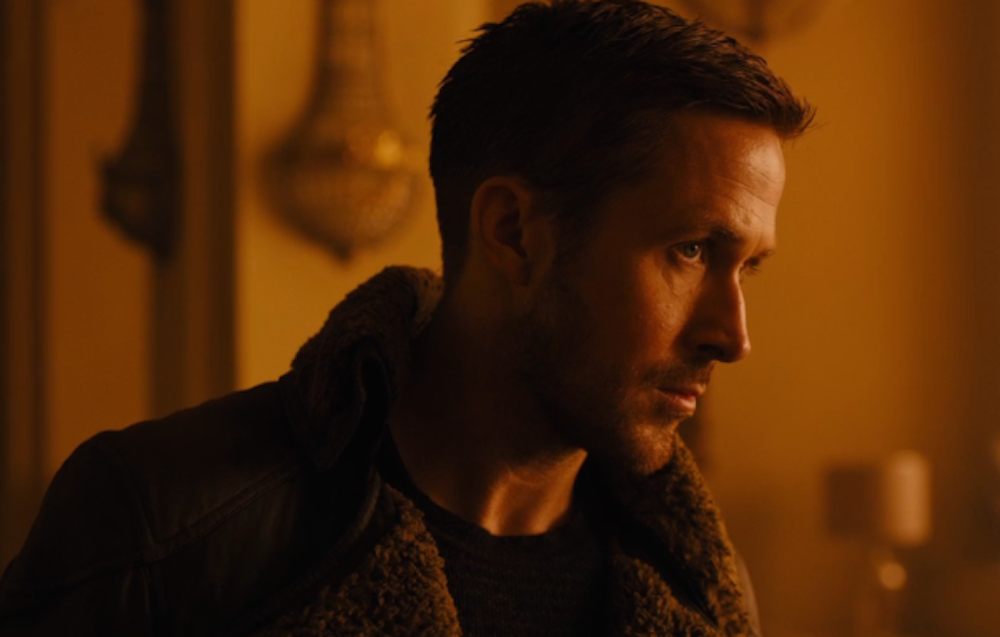 Denis Villeneuve’s Blade Runner 2049 won’t debut until October 2017, but the first trailer for the film just premiered on EW.com. In it, we see Ryan Gosling walking through what appears to be some kind of post-apocalyptic desert landscape and into an abandoned mansion, where he encounters Harrison Ford.

“Things were simpler then,” Gosling replies before the trailer cuts to a brief clip of him walking through a dreary, neon-drenched Los Angeles street.

The clip doesn’t give a ton of information about the film’s plot, so here’s the synopsis from Alcon Entertainment:

Thirty years after the events of the first film, a new blade runner, LAPD Officer K (Ryan Gosling), unearths a long-buried secret that has the potential to plunge what’s left of society into chaos. K’s discovery leads him on a quest to find Rick Deckard (Harrison Ford), a former LAPD blade runner who has been missing for 30 years.