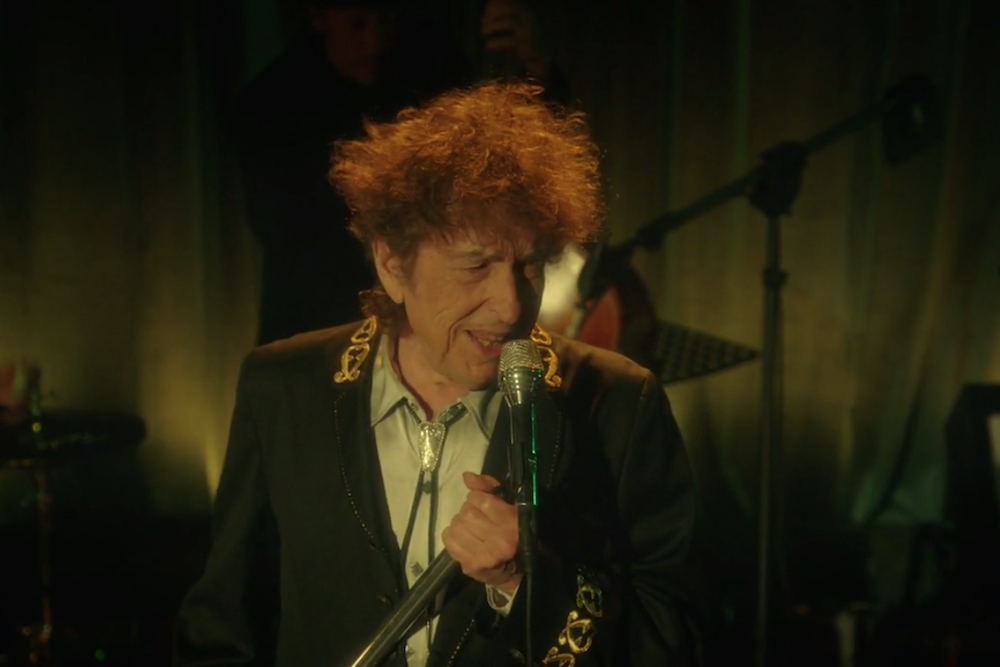 Bob Dylan may not have shown up to accept his Nobel Prize, but he’s not above a good gala when the occasion suits him. Last night, the new laureate performed at Tony Bennett’s 90th birthday concert, alongside Lady Gaga, Stevie Wonder, and others.

Most of the performances looked like typical awards show fare, but some good soul at NBC decided to give Dylan special treatment. Rather than the standard bright lights and multiple camera angles peppered with crowd reaction shots, his performance of the pop standard “once upon a time” was documented with a single camera that slowly craned in toward him as he sang, then back out again. Dylan delivered the song with an impossibly light touch, gripping the mic stand with a panache that belied his own advanced age. It was lovely and strange, like something out of a David Lynch production, and you should watch it below. Dylan’s performance starts at about an hour and five minutes in.