Travis Scott Cussed Somebody Out in Autotune 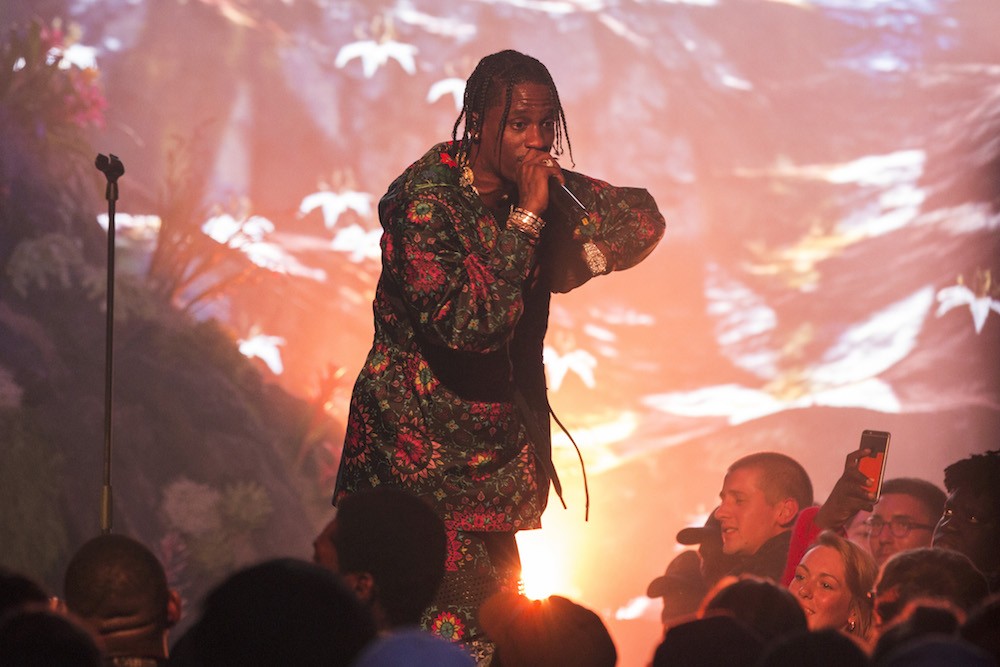 Imagine being called a “big earlobe, earring-wearing, fat motherfucker” through an indelible, technologically-enhanced melody. It can happen at a Travis Scott show.

Scott was performing at the Houston Day For Night Festival when a security guard acted a bit extra-judiciously. The rapper gave his mic to a fan so he could sing along to one of Scott’s songs. That moment got cut short when the security guard snatched the mic away. Scott, incensed that he got robbed of this fan interaction, grabbed back the mic and started barking at the security guard. The result is autotune gone profane.

“I will smack the fuck out of you nigga,” Scott said, on key. “Don’t you ever take a motherfucking mic out of my fucking fans’ hands, man. Tony, get this nigga out my face, man. No security touches a Travis Scott fan, bro. It’s not how we rocking, bro. Take yo ass to the left. You fucking big earlobe, earring-wearing, fat motherfucker.”

One of the main criticisms against the autotune is how it’s another piece of recording technology that obscures human emotion. That’s not the case here. “Motherfucker” and “earlobe” have rarely sounded so sanguine.

Travis Scott went off on a security guard after he took the mic out of a fans hand 👀😳😳 pic.twitter.com/ExWg2l4sJi