Secret Service Listed as a “New Amenity” at Trump Tower 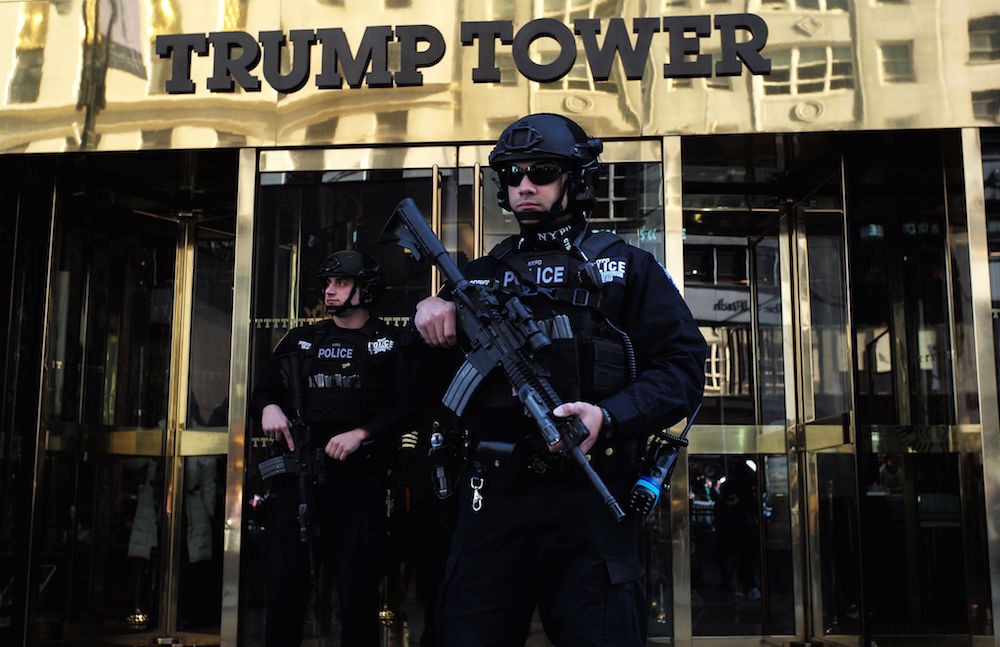 Days after the election, the real estate agency in charge of selling a condo inside of Trump Tower sent an email boasting about the Secret Service being a “New Aminity [sic]” in the building, according to Politico and The Hollywood Reporter.

“Fifth Avenue Buyers Interested in Secret Service Protection?” reads the subject of the email, which was sent by two brokers—Ariel Sassoon and Devin Leahy—from Douglas Elliman on November 13. The email advertises a $2.1 million, 1,052-square-foot condo on the 31st floor of the tower, which is described as the “the most secure building in New York.” Later in the email, the brokers write “The New Aminity [sic] – The United States Secret Service.”

Leahy declined to comment when contacted by THR and Politico, and a representative from Douglas Elliman would only confirm that its brokers had sent the email. A source close to the company told THR that “this is completely unauthorized and done without the knowledge or approval of Douglas Elliman.”