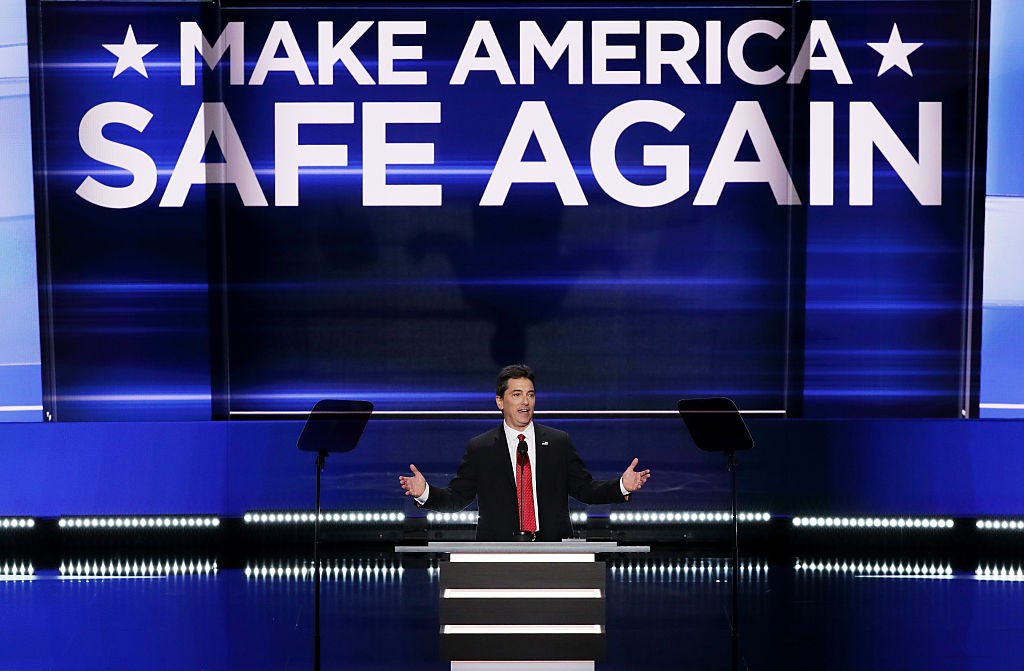 According to TMZ’s sources, Mack is vehemently anti-Trump, and when she spotted Baio at their kids’ school event, she started calling him out for publicly supporting Trump on TV and at this year’s Republican National Convention. Mack was particularly upset by Trump’s “grab ‘em by the pussy” quote, and she reportedly shouted it repeatedly, asking Baio how he could support a candidate who said such a thing. Baio alleges that Mack then grabbed him under his arms and began shaking and shoving him.

TMZ also spoke to someone on Mack’s side of things:

Sources close to Mack say she was merely trying to show Baio how Trump hugs women and denies any intentional physical aggression.

Mack is reportedly a battery suspect in Ventura County, California. Sorry, red-state Chili Peppers fans: looks like they won’t be playing the inauguration, either.