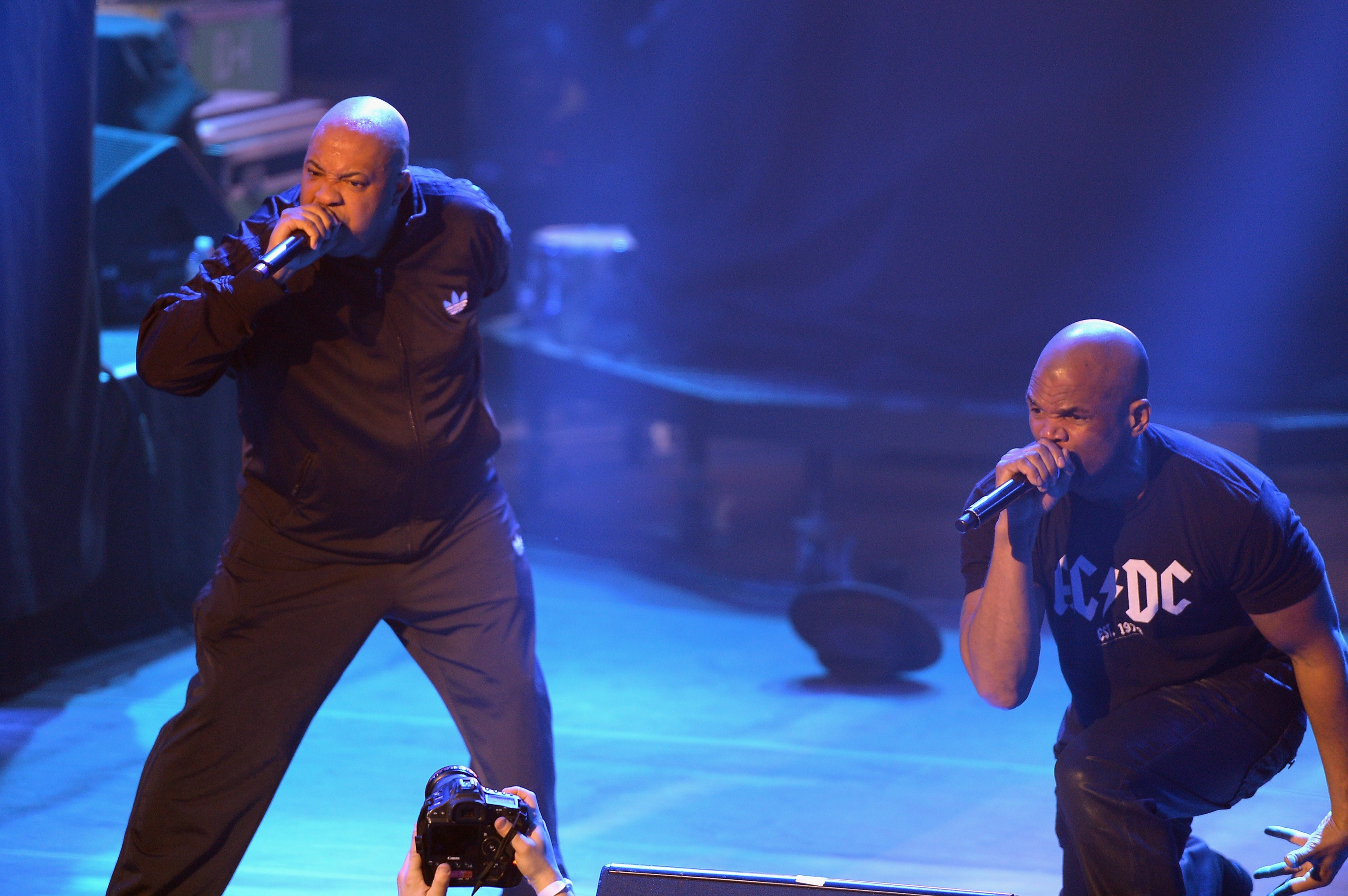 TMZ reports that Run-DMC have filed a lawsuit against Walmart and Amazon, alleging that the corporations have used the group’s logo on products they are selling, and advertising without permission. The group is suing for $50 million, as they say their logo is very valuable. They also say that Walmart and Amazon have conspired with other, smaller companies—who are also named in the lawsuit—in order to steal the logo.

The lawsuit cites not only knockoff “RUN DMC” logo tees, but glasses emulating the group’s classic retro specs, as well as patches and wallets. Check out images of the unauthorized merch here.