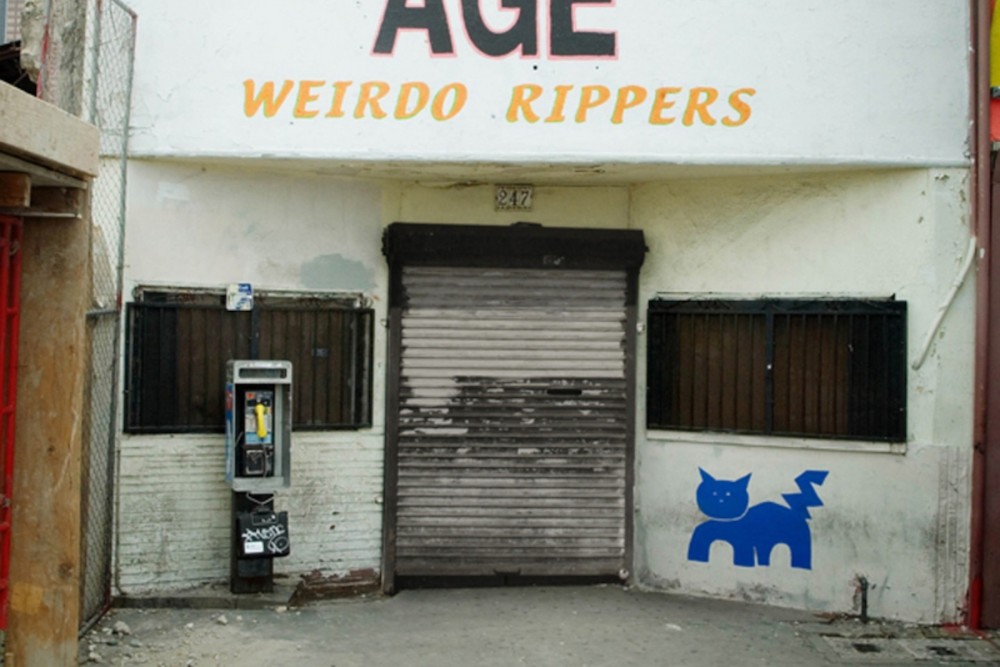 The Smell's front door, as seen on the cover of No Age's 'Weirdo Rippers' CREDIT: FatCat

Around the turn of the last decade, a crop of exciting, noisy Los Angeles bands like No Age, Abe Vigoda, Mika Miko, and Pocahaunted caught the attention of the national music media and listeners across the country. At the center of their scene was downtown L.A.’s The Smell, an all-ages DIY venue that is now facing closure. To help The Smell’s operators relocate, several bands that cut their teeth there will play a series of benefit shows next month that will double as a celebration of the club’s 19th anniversary.

On January 7, No Age, Bleached (whose members did time in Mika Miko), Best Coast (whose Bethany Cosentino got her start in Pocahaunted), Vice Cooler, and out-of-towner Ty Segall are scheduled to perform at the Belasco Theater to benefit The Smell. (A “special surprise guest” is also listed.) On January 6 and 8, a group of smaller local bands—Jurassic Shark, Super Lunch, Clit Kat, Current Joys, TEEKS, BOYO, Momma, Kuromi—will give benefit shows at The Smell itself.

In May, The Smell’s organizers announced that their building was slated for demolition by its landlord, and began raising funds to purchase their own property and relocate. All proceeds from the three shows will go toward the relocation fund. Tickets for the Belasco Theater show are available here.