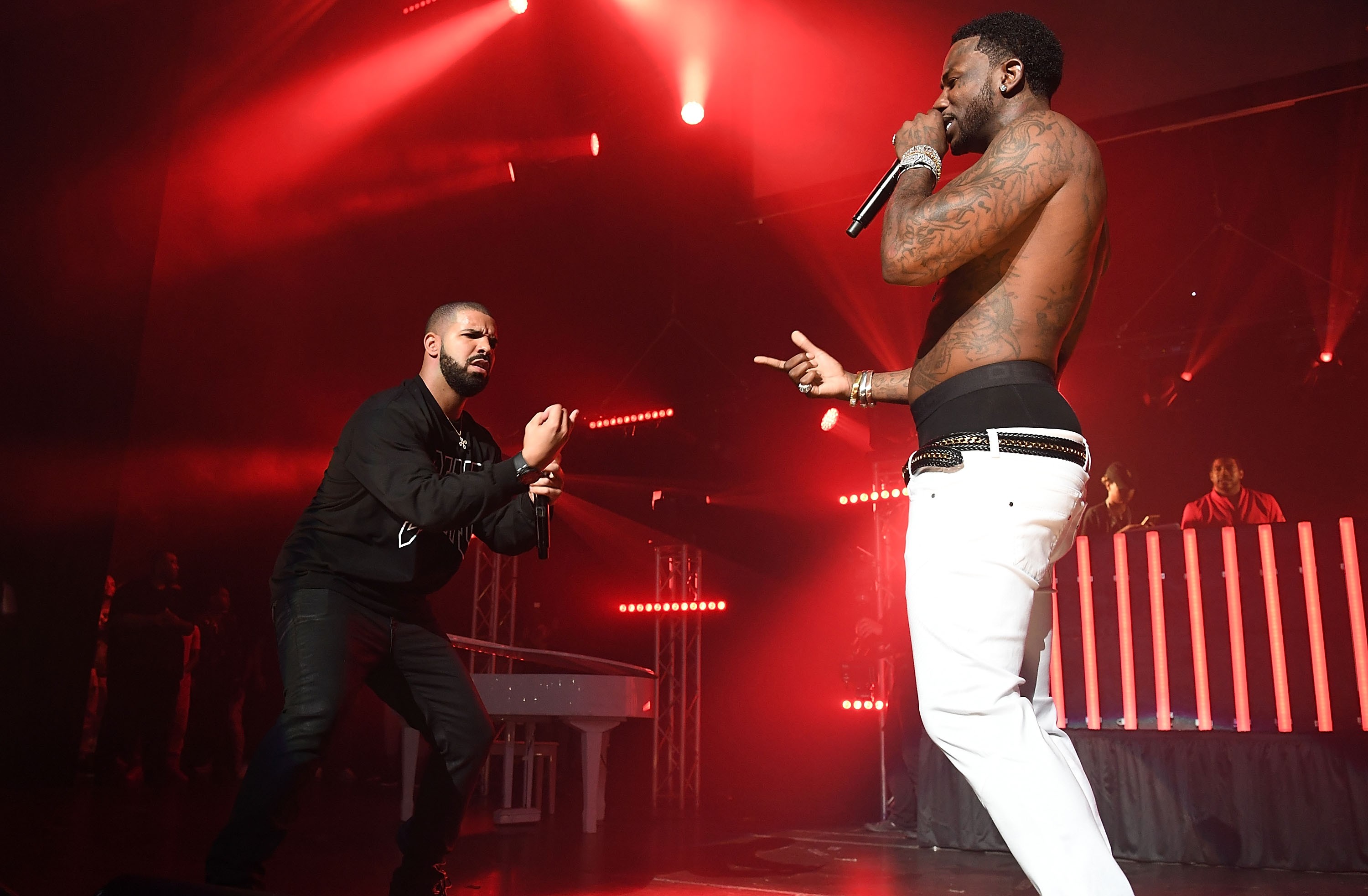 Drake was one of Gucci Mane’s first and most unlikely collaborators following the Atlanta rapper’s release from prison this summer, teaming up “Back on Road,” a single from Gucci’s Everybody Looking.

And now, they’ve joined forces once again for “Both,” which appears on Gucci’s third (!) comeback album of 2016, The Return of East Atlanta Santa. Drake shows up for the hook and a verse with an unusually spare flow, while Gucci continues his streak of sounding more and more musically revived with each new release, delivering striking lines like, “This Patek Philipe gonna make this crooked judge try to throw the book at me / I look like half a million worth of heroin when she look at me.”

Listen to the song, seemingly a collaboration between producers Southside and Metro Boomin, below.