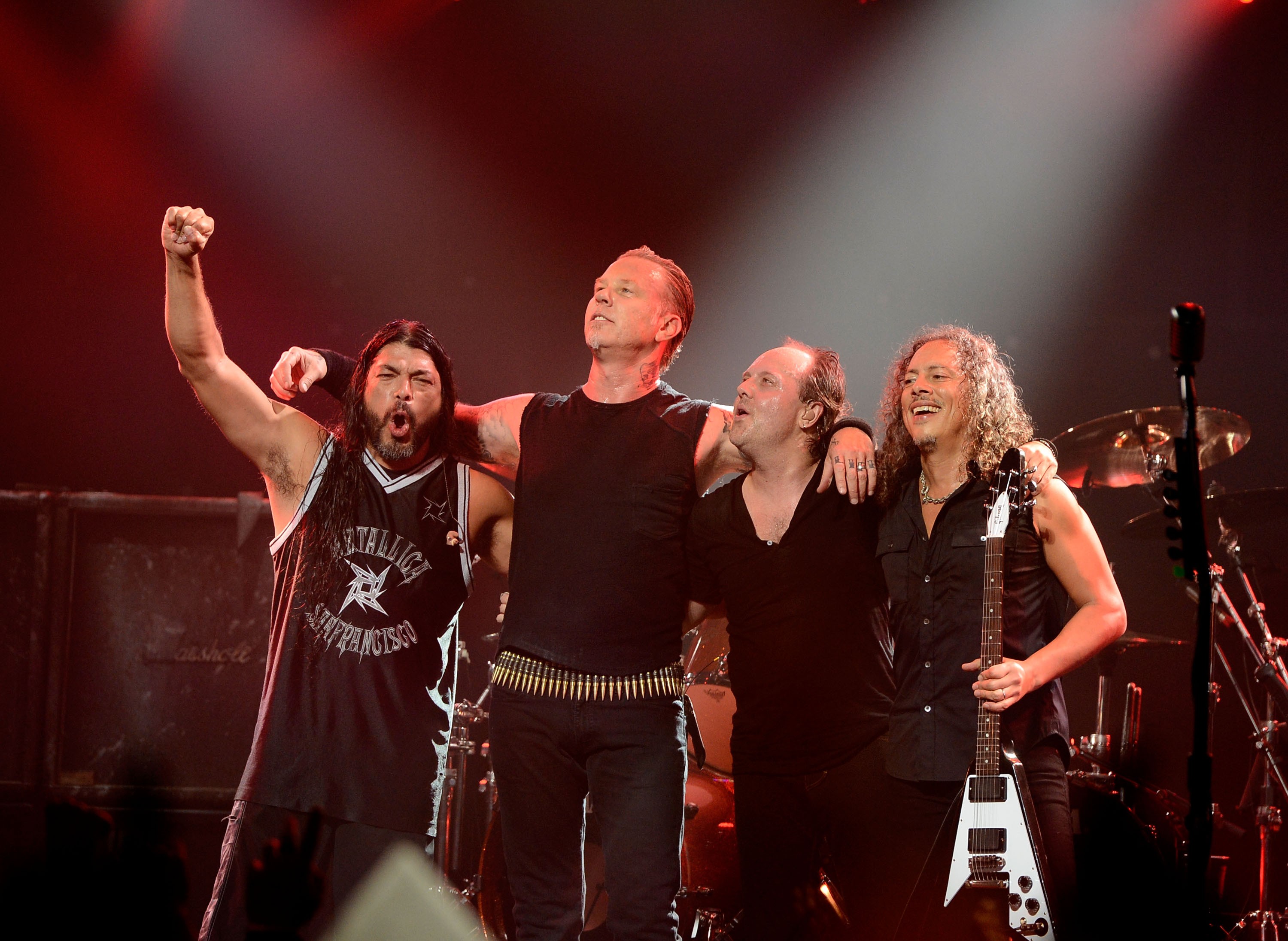 Last night, TMZ caught the members of Metallica strolling around an environment befitting middle-aged celebrities: the Hollywood supermarket. They were blasting “Enter Sandman” through a speaker nestled in a shopping cart … flanked by provocateur comedian Billy Eichner, thrusting a mic in people’s faces. It seems clear, therefore, that we are not witnessing some weird, standalone Metallica-flash-mob Hardwired… to Self-Destruct promotional campaign, but indeed, the filming of an upcoming episode of Billy Eichner’s roving game show Billy on the Street.

It looks like fun; as Eichner eggs him on, the deli guy bows his head in reverence to Metal and Rock’n’Roll, and bellows along to “we’re off to never never land.” “Our job is done,” Hetfield yells, strutting away from the counter.