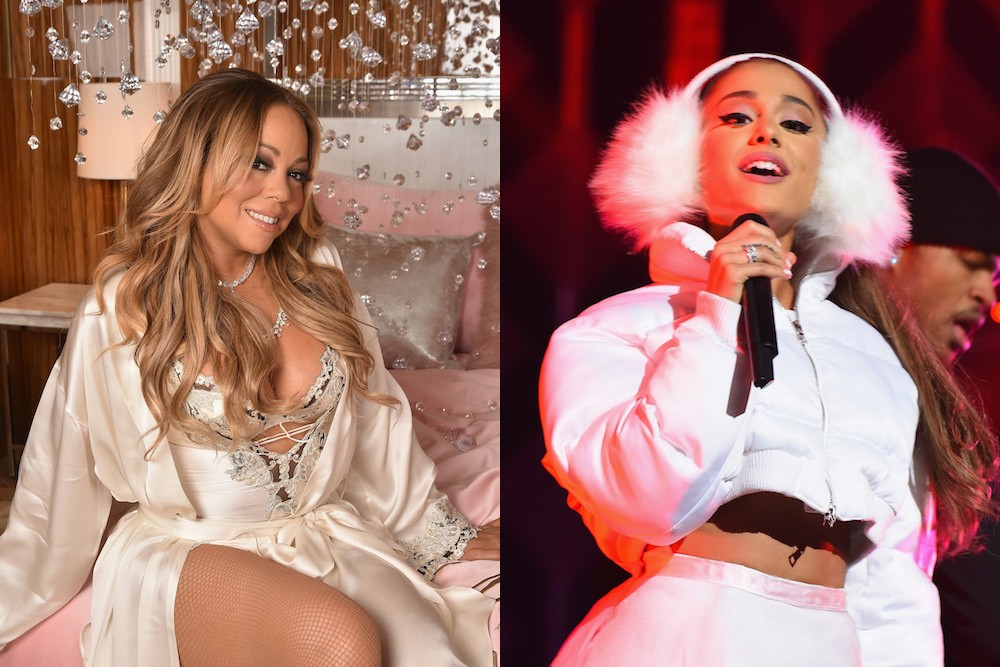 Mariah Carey, who’s always in season during the holidays, stopped by Watch What Happens Live for a chat with host Andy Cohen. During a segment called “Plead the Fifth,” Cohen asked her about a June Instagram comment where singer Demi Lovato defended fellow pop star Ariana Grande from the frequent comparisons made between her and Carey. “The woman is mean for no reason.” Lovato said, referring to Carey. “Extremely talented? Yes. Superhuman? Possibly. Unnecessarily rude? Absolutely.”

Lovato was explicitly referring to Carey’s early 2000s comment about her then-rival Jennifer Lopez, where she infamously claimed “I don’t know her” when asked about J-Lo. And Carey hasn’t changed: She gave Lovato the same treatment when asked about it by Cohen.

“I don’t know her either and so I wouldn’t say anything to her,” Carey said. “She should come up, introduce herself to me, say, ‘Here’s my opinion. What do you think about it?’ That’s how you handle shit, OK?”

But surely she must know Grande, right? Cohen asked how Carey felt about her pop progeny, but there was no love there either.

“No,” Grande said when asked about Grande. “Honestly, I’m not familiar. I listen to hip-hop more than I listen to pop music.”

So, Carey hasn’t changed. Her shade is imminent, imperious. Watch her dispatch Grande, Lovato, and Lopez below.

Mariah Carey when asked if she knew Ariana Grande. “No”
When asked about Taylor Swift; “Very nice girl”. pic.twitter.com/DTaCxTiglV