Watch Madonna Twerk in the Passenger Seat of “Carpool Karaoke” 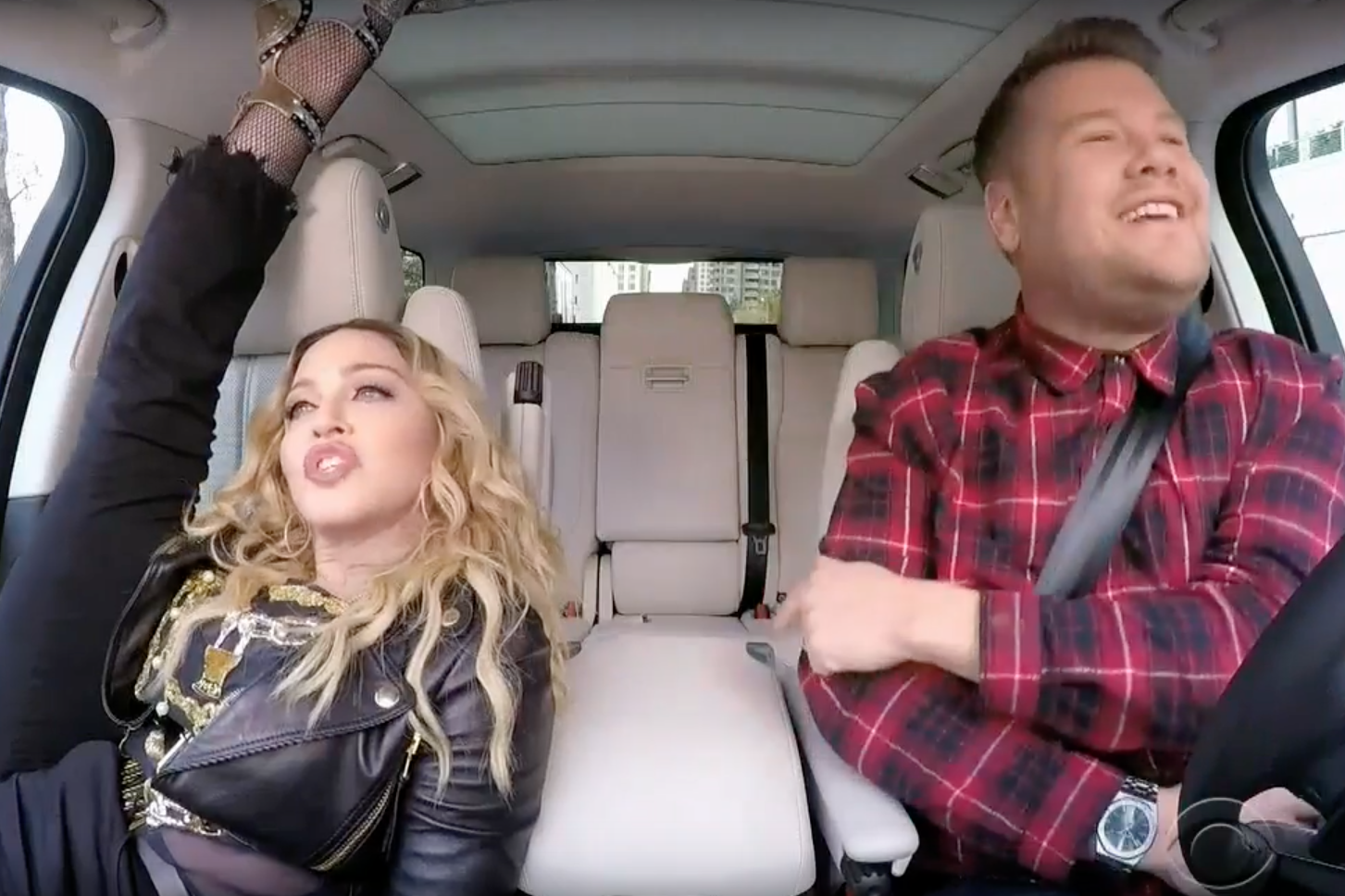 CREDIT: via The Late Late Show with James Corden on YouTube

What is Madonna promoting, exactly? Her last album came out more than a year and a half ago, her tour ended in March, she’s not up for any Grammys this year—and yet, she’s all over the place, opining on the election, twerking with Ariana Grande, and last night, appearing with James Corden for a “Carpool Karaoke” segment on The Late Late Show. Madonna is promoting Madonna.

“Carpool Karaoke” is of course a fun opportunity to hear Corden’s British accent next to Madonna’s “British” accent, especially during exchanges like:

CORDEN: Oh yeah. For sure.

CORDEN: Is that a regular move for you?

The Queen of Pop also had something to say about Corden’s plaid shirt (“It’s very Seattle 1990s”), confessed to making out with Michael Jackson, and put an entire leg out the window. Watch Madonna and Corden sing “Vogue,” “Bitch I’m Madonna,” “Papa Don’t Preach,” “Ray of Light” (which is the best Madonna song to sing in your car), “Music,” and a little bit of Evita, below.