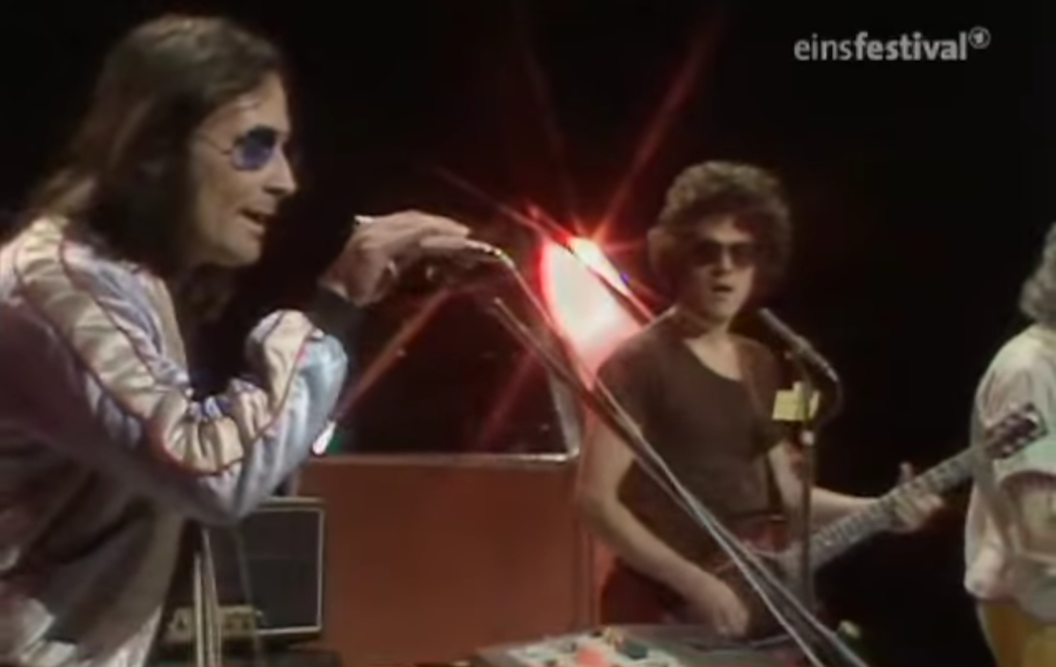 CREDIT: Top of the Pops/YouTube

The German experimentalists Can are one of the greatest rock bands ever to walk the Earth, and next year, they’ll be celebrating the 50th anniversary of their formation as a group. To mark the occasion, Faber & Faber will publish a new, as-yet-untitled authorized biography, penned by The Wire senior writer Rob Young.

In April, London’s Barbican Centre will host a tribute concert series called the Can Project, which sounds like it’s going to be pretty amazing. Can keyboardist Irmin Schmidt will conduct the London Symphony Orchestra in a piece called An homage to Can, which “weaves together quotations and abstractions of some of the band’s most renowned pieces,” and a group featuring Sonic Youth’s Thurston Moore and Can drummer Jaki Leibezeit and original singer Malcom Mooney will play rock-oriented interpretations of the band’s material. (Can bassist Holger Czukay, guitarist Michael Karoli, and classic-era vocalist Damo Suzuki are absent from the lineup.)

Tickets to the Can Project, unfortunately, are sold out, but you can always watch Can’s delirious 1976 performance of the discofied “I Want More” on Top of the Pops to cheer yourself up.