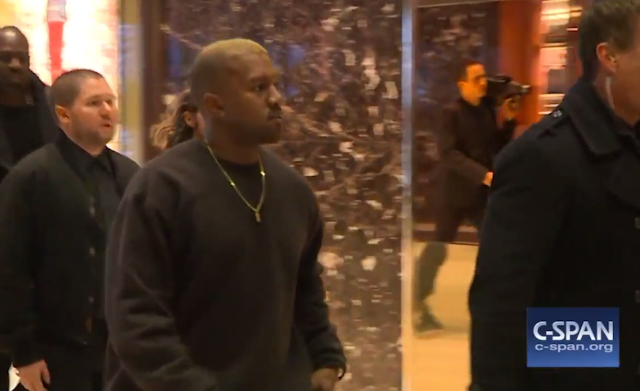 Kanye West was just escorted into Trump Tower, according to several reporters at the scene. CNN’s Tal Kopan also shared a photo of West walking in the building’s lobby.

Kanye (and entourage) arrives for a meeting at Trump Tower. Real life. pic.twitter.com/W9PQDgfQmg

It’s unclear what West is doing there, but last month the rapper praised Trump in a bizarre rant during the San Jose stop of his since-cancelled Saint Pablo tour. Trump has also spoken highly of West, saying at a campaign stop last summer that he “could never say bad about him.”

UPDATE 2: Citing a source close to West, E! reports that the rapper talked to Trump about being an “ambassador of sorts.” From E!:

The source adds that Trump is interested in getting West involved in an “entrepreneurial leadership role.”As for how the meeting came about, the insider tells us that Trump’s team reached out to West. “Trump thinks he’s a great role model when it comes to business,” the insider adds.

"We've been friends for a long time": Kanye West and Trump, together at Trump Tower pic.twitter.com/s5XYFbCkEW