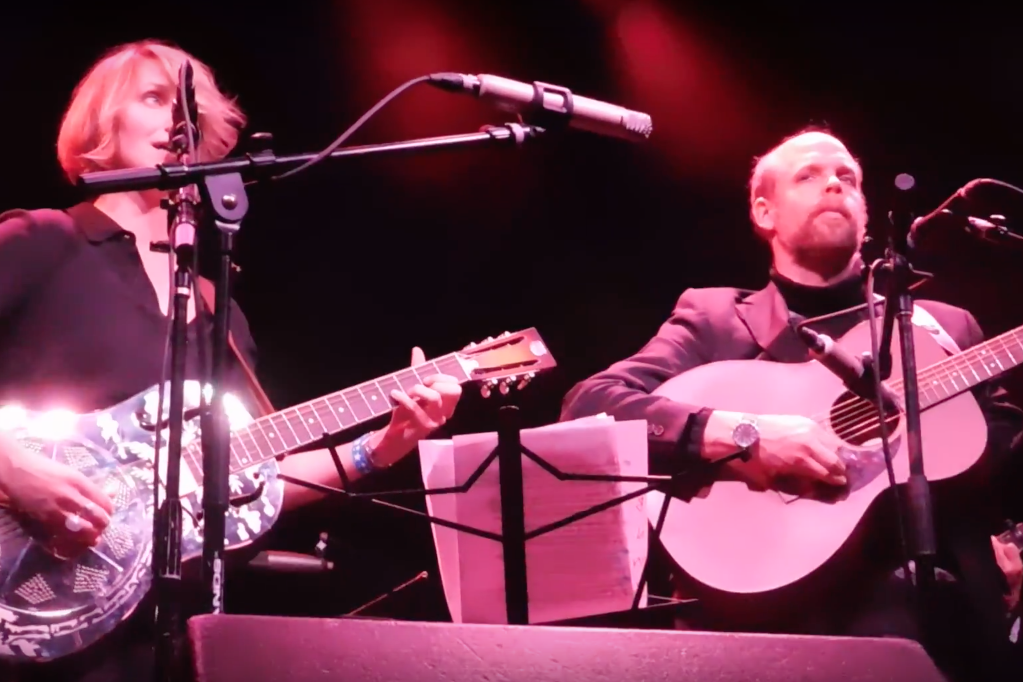 In a sign of just how bad the past week has been for celebrity deaths, it already feels as if it’s been a long time since Leonard Cohen passed away on November 7. This past Friday, Headliners Music Hall in Louisville, Kentucky hosted a tribute to the late musician and poet. The show featured covers of lesser-known Cohen songs by several Kentucky musicians, including singer-songwriters Joan Shelley, Will Oldham (a.k.a. Bonnie Prince Billy), and Daniel Martin Moore. Proceeds benefitted Kentuckians for the Commonwealth.

Watch fan-shot video of Shelley and Oldham performing Cohen’s “Night Comes On” and “Heart With No Companion,” and Moore performing “Hey, That’s No Way to Say Goodbye” and “Treaty” below.