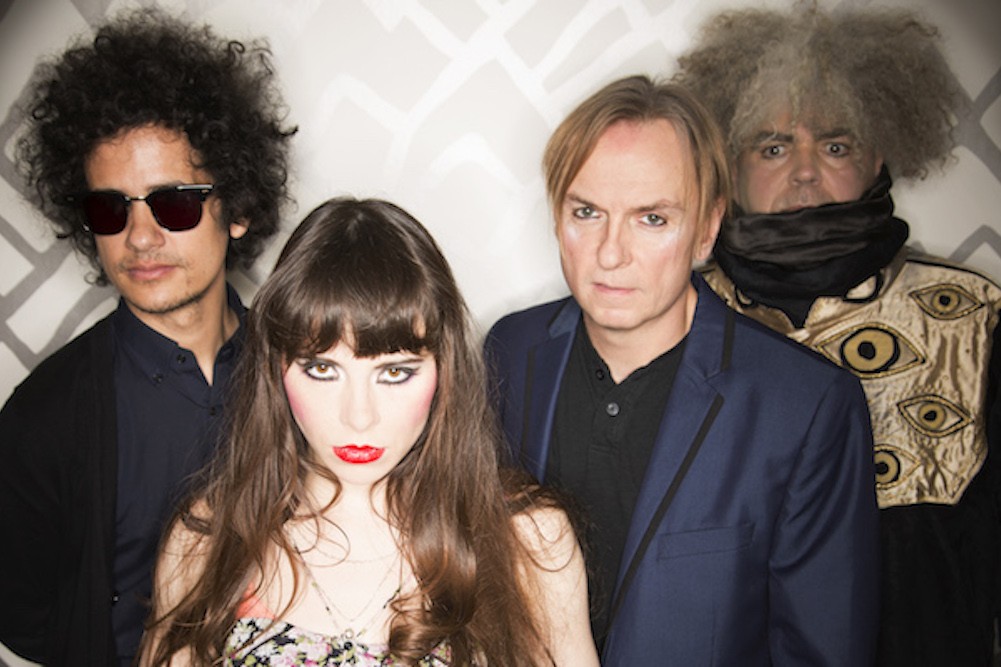 Crystal Fairy, a new band comprising Omar Rodriguez-Lopez of At the Drive in and The Mars Volta, Buzz Osbourne and Dale Crover of the Melvins, and Teri Gender Bender of Le Butcherettes, have released their first song, titled “Chiseler.”

“Chiseler” is the second single from Crystal Fairy’s forthcoming self-titled debut (out February 24 via Ipecac), and features some soaring vocals from Gender Bender over a raunchy metallic groove that wouldn’t sound out of place on a Melvins album. Listen below.