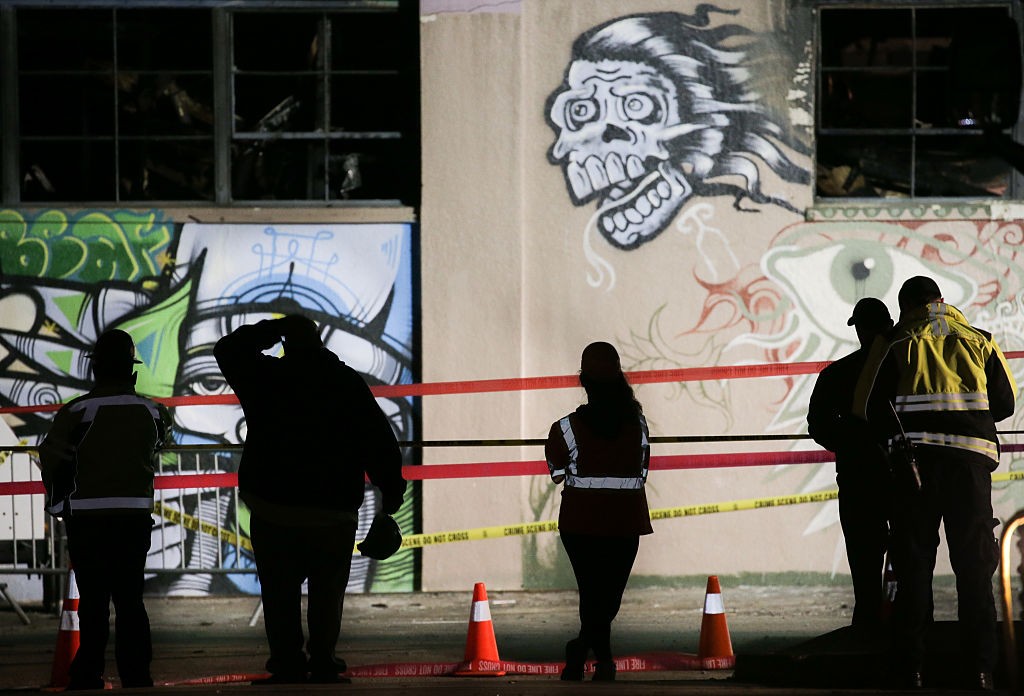 The families of two young people killed in Oakland’s Ghost Ship warehouse fire earlier this month have filed a wrongful death lawsuit against a host of people connected with the party where the fire broke out, CNN reports. The parents of Michela Gregory, 20, and Griffin Madden, 23, argue that conditions in the ramshackle warehouse property amounted to “a death trap.” Gregory and Madden were among 36 partygoers who died in the December 2 fire.

“As a result of the horrific, gross negligence of the defendants in this case, these two young people have lost their lives,” the families’ lawyer, Mary Alexander, told CNN.

The Gregorys and Maddens also filed a second suit against city and county government, including police, fire, and sheriff’s departments, planning departments, and social services. Local government, the families say, failed to act on past complaints about garbage, noise, and unauthorized residential use, including the presence of Almena’s minor children, at the Ghost Ship.

Both suits seek unspecified damages. No criminal charges have yet been filed in connection with the fire.

The families’ lawsuits describe the warehouse as a “maze of makeshift rooms,” whose “electricity was supplied through a hole in the wall between the Ghost Ship and the adjacent structure… cords and cables snaked throughout the Ghost Ship, and electrical boxes were installed by unlicensed contractors, including Almena himself.” A massive collection of “carvings, mannequins, paintings, artwork, scraps of wood, pianos, furniture, tapestries, and at least one recreational vehicle trailer … were kindling for the fire.”

Sparks, blown circuit breakers, and fires were reportedly common, and residents extinguished a refrigerator fire a day prior to the deadly blaze. The December 2 fire is believed to have originated from the warehouse’s electrical system. Despite tenant requests, the suit alleges, Almena did not provide smoke alarms or fire extinguishers.