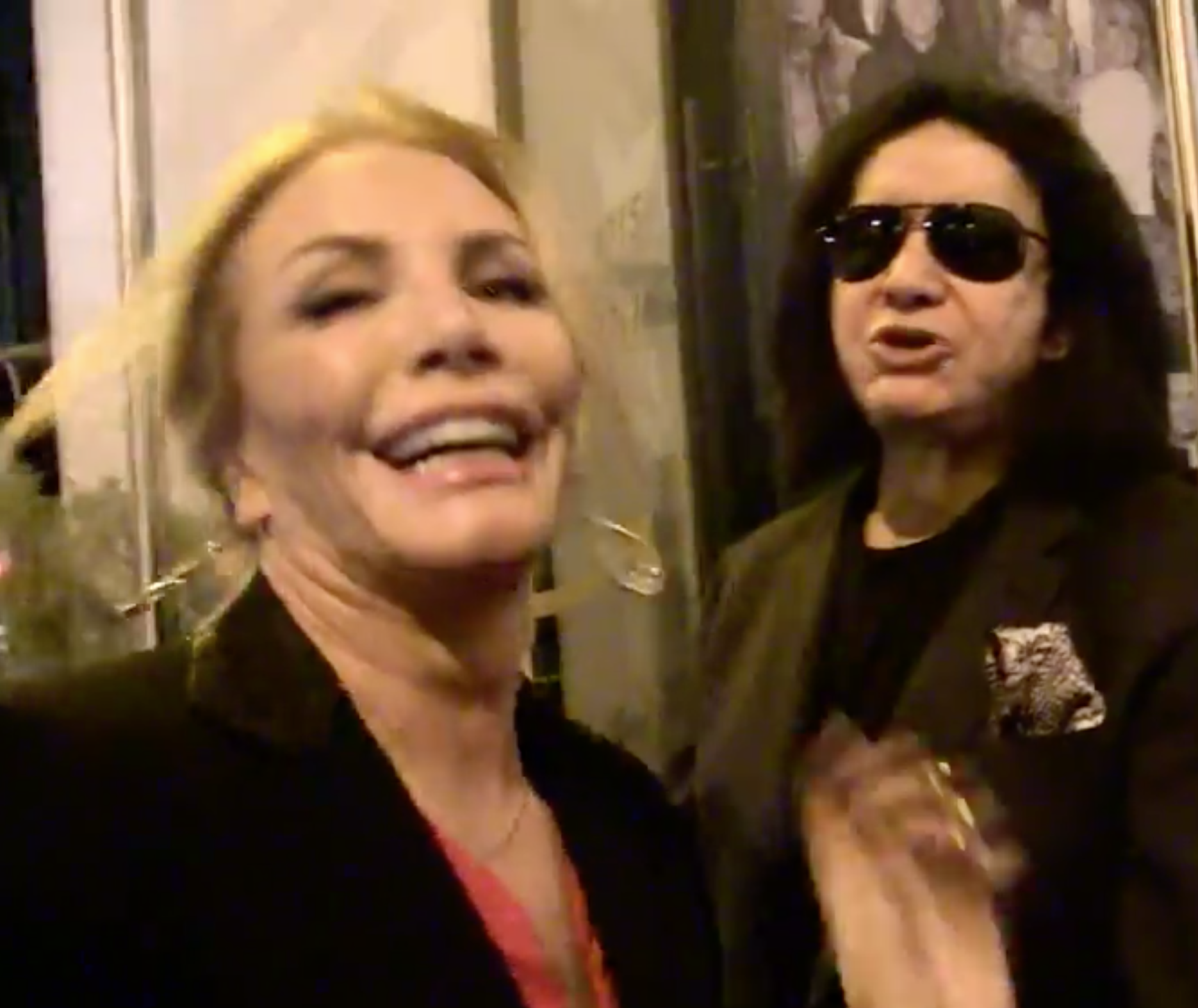 The best paparazzi know how to get a response out of their subject, and last night, while tailing Gene Simmons and his family after dinner in West Hollywood, a TMZ foot soldier figured out the perfect question to pose to the notorious KISS bassist. “Gene, you’re the rock’n’roll Donald Trump, will you play at the inauguration?”

Simmons, who called Trump the “truest political animal I’ve ever seen on stage” earlier this year, did not look upset by the comparison or the idea. However, Shannon Tweed, his wife, and their daughter Sophie, who were standing nearby, screamed out “No!” quickly and repeatedly. As the photographer kept pushing for an answer, Tweed came over, grabbed Simmons’s cheeks, and made him mouth a baby-faced “No.” He mumbled something about how “he’s our president” and “people need to get over it.”

But then, it became clear that Simmons had apparently been asked to play the inauguration (“That’s not to say they didn’t ask,” Tweed noted), but that KISS had a conflict (“We’ll be touring Europe,” Simmons said coolly). When asked if he would have done it, Simmons’s response was a silent Cheshire Cat grin. Tweed murmured: “politely declined … politely declined.”

The world is a bad place. Watch the clip below.