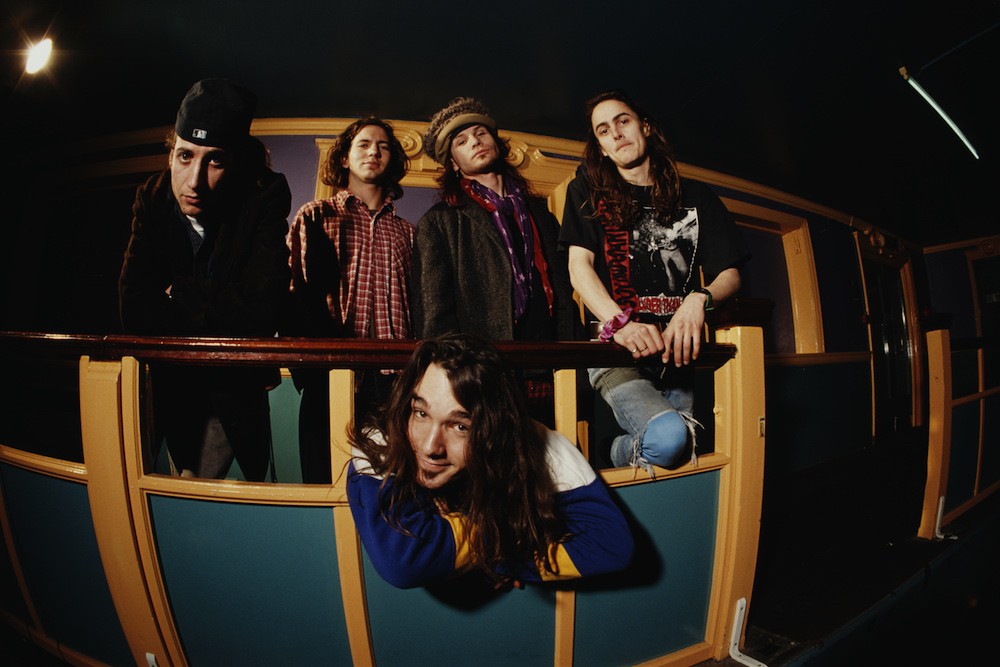 Alright, let’s get some caveats out of the way first. The Rock and Roll Hall of Fame is a bloated and ridiculous enterprise, worthy of all the scorn you can throw at it, intent as it is on reducing a genre built on electric noise and teenaged rebellion into a mutual appreciation society for rich old men who accessorize their tuxedos with baseball caps and spiky haircuts as a last desperate reminder of their youths. Arguing about the relative merits of each year’s Rock Hall inductees is a fool’s errand, and yet we can’t help ourselves from arguing, because being a devotee of this loud, bashing music about cars and sex and unfettered id requires a certain level of foolhardiness, cultivated and indulged with every air guitar solo and awkward shake of the hips. By my count, the 2017 class of inductees brings the number of groups and individual performers in the Rock and Roll Hall of Fame up to 216; if you were to assemble a list from scratch of the 216 greatest rock performers of all time—plus the pop, R&B, and hip-hop artists the Hall occasionally deigns to acknowledge—Pearl Jam might sneak on, but they certainly wouldn’t beat out Bad Brains, Chic, or Kraftwerk, three 2017 nominees that didn’t make the cut, each of them a radical group that altered the trajectory of popular music forever.

With all of that being said, if the Rock and Roll Hall of Fame is going to be inducting Pearl Jam, it sure as shit should be inducting former drummer Dave Abbruzzese, too.

When the Rock and Roll Hall of Fame selects a band for inclusion, it also selects individual members of that band whose names get enshrined. According to the Rock Hall itself, its committee selects members based on “who was present and active during the most influential recording years.” Generally, this discretion makes sense: it means that Pete Best doesn’t get to piggyback his way in with the Beatles, and that Dave Grohl’s seat with Nirvana is secured, despite his absence from the original lineup. The lineup of Pearl Jam that was officially recognized by the Hall includes Eddie Vedder, guitarists Stone Gossard and Mike McCready, bassist Jeff Ament, original drummer Dave Krusen, and current drummer Matt Cameron. It does not include Dave Abbruzzese.

If you’re not a Pearl Jam superfan but are already aware of Abbruzzese’s name, that’s probably because of the stink he’s been raising online since the news of his old band’s nomination and induction broke. “If there is still a part of that band that remembers how hard we worked, how much blood and how much sweat… They will do the right thing,” Abbruzzese wrote on Facebook in October.  “The members of Pearl jam have got to know what’s the right thing to do. They can’t justify ignoring my contributions. Like me or not.” Yesterday, he shared a post from a friend who called it the “Rock & Roll Hall of Fucktardia” for dissing Abbruzzese. Music blogs love this sort of drama, and we eagerly covered Abbruzzese’s gripes.

Of course, Abbruzzese is barking up the wrong tree by claiming his bandmates are ignoring his contributions—the Hall chooses who gets in, not the band—and “Rock & Roll Hall of Fucktardia” makes him sound like an angry teen railing against his dumbass fuckin’ math teacher, dude. But this isn’t the Good Social Media Posts Hall of Fame—it’s the Rock and Roll Hall of Fame, and by the Hall’s criteria, Abbruzzese deserves to be in.

The argument for his inclusion is simple: he played on Vs. and Vitalogy. If you’re a fan, I can probably stop right there; if you’re not, some context: These are Pearl Jam’s second and third albums, the ones that followed the cultural phenomenon that was debut album Ten and proved that Pearl Jam had staying power, that they weren’t just some slick Nirvana ripoff. Among critics and fans, they are regarded as being just as good as, if not better than, the album that made Pearl Jam famous. They have depth, and grit, but they aren’t some inscrutable post-fame experiments in alienation, either. Between the two of them, they have just as many classic Pearl Jam hits as Ten: “Daughter,” “Dissident,” “Elderly Woman Behind the Counter in a Small Town,” “Betterman.” Compared to the beefy Ten, the drumming on Vs. was lithe and funky. Listen to Abbruzzese’s rollicking tom intro on “W.M.A.”:

If the Hall were judging inductees strictly on cultural influence, they could make the case that only Krusen deserves to get in. He played on Ten, by far the biggest Pearl Jam album, the one that went 13 times platinum and helped dictate the prevailing aesthetics of an entire decade of rock music. From a certain perspective, after that, Pearl Jam’s entire career might look like a footnote. But the committee also chose current drummer Matt Cameron for inclusion, a fine drummer whose Pearl Jam contributions encompass the stretch between 2000’s Binaural and 2013’s Lightning Bolt. That’s a large body of work, but one that didn’t resonate with nearly the same force as Pearl Jam’s early run, at least not outside of their hardcore fanbase.

That’s nothing against Cameron: Pearl Jam’s hardcore fanbase is not a small thing, not to mention his work in the classic lineup of Soundgarden. But if he’s going to be included as a Pearl Jam member, there’s no argument you can make against Abbruzzese, not unless you’re a dummy who thinks the avocado album is better than Vitalogy. Anyway, let’s just watch this gnarly “drum cam” footage of Abbruzzese ripping his way through “Porch” in ’92 and try to forget we ever talked about it.