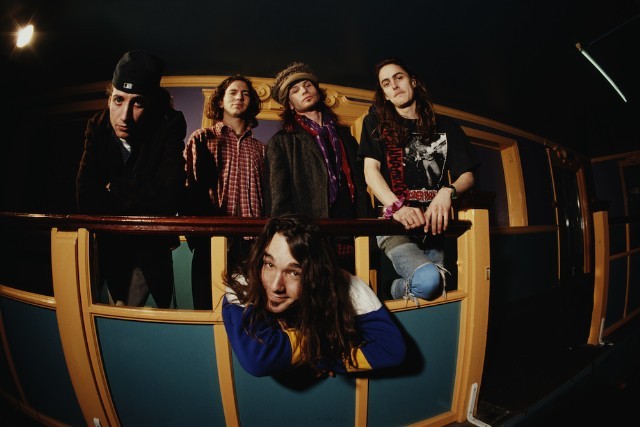 Pearl Jam will be formally inducted to the Rock and Roll Hall of Fame in April, but former drummer Dave Abbruzzese, who played on the albums Vs. and Vitalogy, wasn’t included in the nominating committee’s lineup. In a message posted to Facebook late Wednesday, Abbruzzese shared some final thoughts on the situation, about which he’s been vocal. His message thanks his friends and fans, reminisces about his time with the band, and expresses disappointment that Pearl Jam’s other members haven’t taken any public stance to support him.

“Pearl Jam has always seemingly had a perceived level of integrity and has been known to stand their ground & fight the good fight,” Abbruzzese writes, “but it seems the allure of being given this trophy is just to [sic] important for them to take a stand.” But on the bright side, he continues:

We still have the music and no amount of corporate conglomerate or ticky-tack bullshit can keep us from enjoying the power of the music we love. The fact that we find ourselves fighting for the integrity of the validity of a segment of Pearl Jam history to be acknowledged is straight up beautiful. The reason we have to is what the Rock & Roll Hall of Fame is supposed to have been built to celebrate; The love of the music.

“I am personally at a loss for words for how Stone [Gossard], Mike [McCready], Jeff [Ament], Matt [Cameron], Edward [Vedder] and [manager] Kelly Curtis are accepting of such an injustice,” he writes later.

Read Abbruzzese’s full-length statement about the Rock and Roll Hall of Fame below.