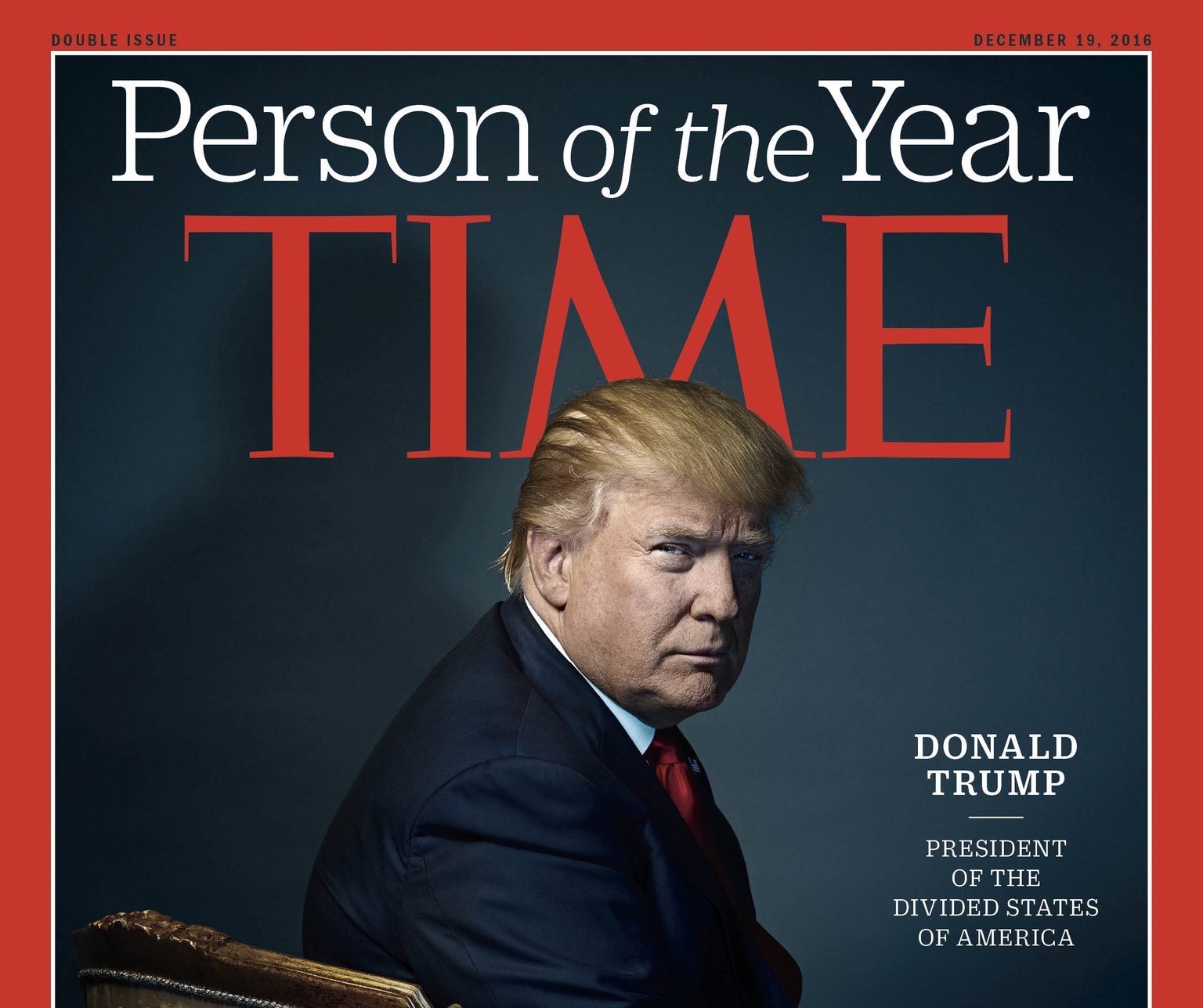 This morning, Time magazine named Donald Trump its person of the year for 2016, unveiling the cover you see above for its upcoming issue. Your first reaction to this news might be anger that an American journalistic institution would give its seal of approval to a hateful joker, but you really shouldn’t concern yourself.

The magazine has awarded every U.S. President since Carter with the POTY cover, so picking Trump is just par for the course. (Nixon got the cover twice, too, but poor Gerald Ford did not.) More importantly, Time doesn’t endeavor to select the best person of the year, but the person “deemed to have most influenced the year’s news, for better or worse.” By those criteria, it’d be hard to justify picking anyone else.

If you’re still worked up about it, take comfort in knowing that Time really means the “better or worse” part. The magazine awarded Adolf Hitler with the cover in 1938, Josef Stalin in ’39 and ’42, and Ayatollah Khomeini in ’79. Even worse, they picked you, you filthy animal, for the cover in 2006.

And according to the most influential man in the world this year, the Time list is a joke and a stunt anyway, from of a magazine that will, like Newsweek, soon be dead. Bad list!