Remember When Donald Trump Called for a Boycott Against Kanye West? 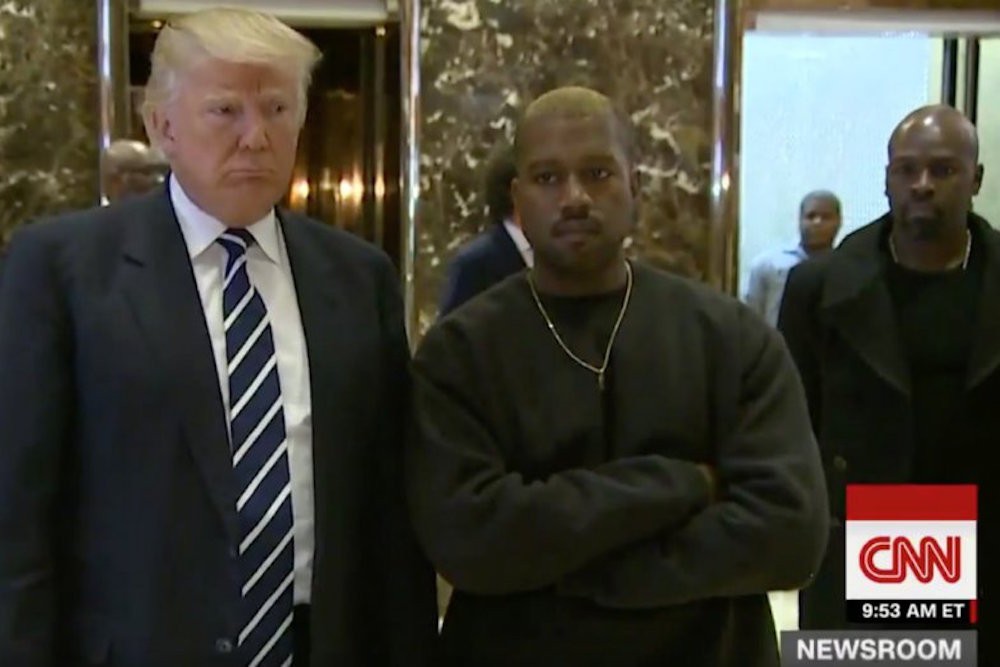 In another example of losing the plot, a newly blond Kanye West visited Trump Tower for an impromptu meeting with the president-elect.

After the 15-minute face-to-face, reporters prodded the two about what they were discussing. Of course, neither said much. West tersely claimed, “I just wanted to take a picture right now.” Trump—known for his inability to tell the truth—spun another lie: “We’ve been friends for a long time.”

Trump employs a loose definition of “long” here, because he was one of West’s detractors back in 2009. After the first Swiftgate at the MTV’s ’09 Video Music Awards, the reality star-turned-politician joined the swaths of people who lambasted West for his onstage interruption on behalf of Beyoncé. According to TMZ, he called West’s actions “disgusting” and wanted a widespread boycott against the rapper. He also didn’t believe that West actually loved “Single Ladies” that much: “He couldn’t care less about Beyoncé. It was grandstanding to get attention.”

“I knew I wasn’t in a great spot publicly after the incident, but I would just block it out and work as hard as possible and let my work be my saving grace. In a way, I had thrown a Molotov cocktail at my own career, and it gave me an opportunity, for the first time, to go away and find out who I was. Because I felt very alone. The only person that came to visit me the night it happened was Mos Def. He came to my house right afterward and said, ‘Move. You’re not going to be able to make it out here. You can’t make it in America right now. You have to move.’

And that’s what I did. I went to Japan for three weeks, then moved to Rome for the rest of the year. I worked as an intern at Fendi. On weekends, I would fly to Paris and sometimes take off four days just to be in Stockholm, Sweden, just to meet with Johnny who runs Acne, or the Fifth Avenue Shoe Repair, to find the perfect pair of jeans.”

And we all know what happened next with West’s career. But let’s not forget that Trump basically called for his heads. Real friends: How many honest?