As the Decemberists’ The Crane Wife Celebrates 10 Years, Colin Meloy Is Still Sorry for Making You Use a Dictionary 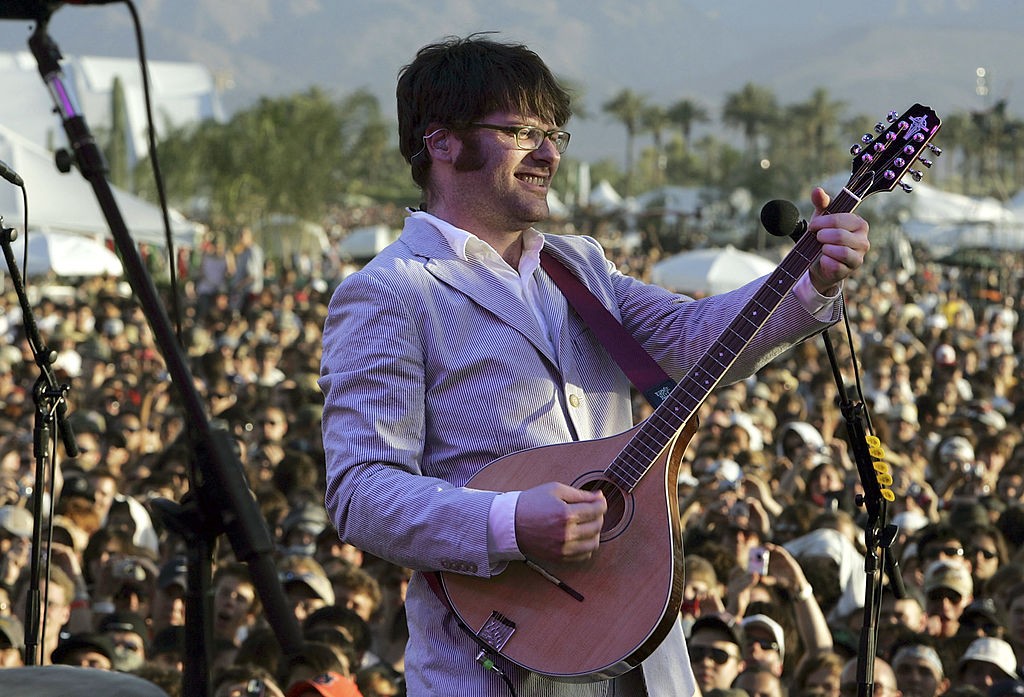 Loosely inspired by a Japanese folktale about a bird who takes human form, the Decemberists’ fourth album The Crane Wife was their most ambitious to date. Released in October 2006, the album found the Oregon indie darlings exploring a pair of multi-part song cycles (the title tracks and “The Island”) and laying down some of their most memorable standalone cuts: the story of modern star-crossed lovers in “O Valencia!” and the taut, structured groove of “The Perfect Crime #2.”

Throughout, bandleader Colin Meloy’s evocative, literary songwriting drew from imagery of violence and death, wedding the legend of The Crane Wife to the historical import of the American Civil War, World War II, and unrest in Northern Ireland. His adoption of the bouzouki, a traditional Greek instrument, lent the record a singular golden warmth and illuminated its deceptively simple closing track, “Sons & Daughters.” SPIN would eventually name The Crane Wife the 11th best album of 2006.

The Crane Wife also marked the Decemberists’ major-label debut, graduating from their longtime home at Kill Rock Stars to Capitol Records. Last Friday, the band released a tenth-anniversary edition of The Crane Wife, an expansive five-record set including the original album, outtakes and bonus tracks, and the demo songs Meloy worked out on his own before bringing them to the rest of the band. The collection also includes a concert video, filmed at Washington, D.C.’s 9:30 Club the month of the album’s release.

SPIN spoke to Meloy for the occasion. We’re also sharing a selection from the concert film, the album standout “O Valencia!” Watch it and read the interview below.

What was it like to go back?
Writing a book or something, you wouldn’t very often return to the material, unless occasionally maybe you were asked to read a section here or there. But with music, you’ve created something and it exists in its place, but then in the live performance you have this ongoing relationship with the songs. The songs adopt new personalities and traits as you move beyond the recorded version. Going back and revisiting it, you see where you strayed, but then also you’re going back to the source material and really reckoning with who you were then and where you were at and what your fascinations were, maybe in a way that you don’t when you play the song every night.

Of the first few Decemberists records, one could maybe say Picaresque was the indie rock kid favorite, but Crane Wife has the first big reissue. It’s held up so well—is that why it got the extra attention?
Well, Kill Rock Stars did do a 10th anniversary vinyl of Picaresque, and maybe we would have had more fanfare for it, but you can’t really do that with every record. I feel like most of the Picaresque extra material had all seen the light of day. Everything was spoken for—every little outtake and extra track. With The Crane Wife, we had all this extra stuff that hadn’t been used. For the first time, we weren’t expected to record a record in two or three weeks. We had a major label budget and we could take our time with it. The consequence was we had a lot of extra material. It seemed like it warranted a bigger release and it was the year of its birth, so what better time?

One of the defining features of this record is the number of big multi-part songs, and there’s another one, “Perfect Crime Part. 1” in the reissue. What are some big multi-part ballads you looked up to as you put together these really ambitious pieces?
I feel like [doing multi-part songs] goes back to our first record with “California One/Youth and Beauty Brigade,” which itself is sort of a three-part song, so it was always kind of part of our lexicon, and something I’ve always been interested in. I remember being really in love with the last song on Daydream Nation by Sonic Youth called “Trilogy,” which is a sprawling three-part song. Zen Arcade was a really important record to me by Husker Dü; that was a sort of massive concept record. But then also stuff like Billy Joel, having grown up on “Scenes From an Italian Restaurant” [from The Stranger]. Something about the way those songs travel one into another is something I’ve always sort of liked.

We’re running this interview with video of “O Valencia!” at the 9:30 Club. Do you remember that performance?
I always get super nervous or overly critical when I know that we’re filming our shows, and the consequence is I feel like a lot of our filmed shows are unusable because I become hyper-aware that we’re being filmed. The ones that exist today I’m not super in love with, but this one, I remember coming off stage and being like, “Oh my god, I didn’t blow it! A big apparatus and a bunch of cameramen and I think I did alright.” We always loved playing at the 9:30 Club and I think that was our first time doing two nights there, like a two-night-stand.

Are there are any bits of The Crane Wife that are difficult to perform, either emotionally or technically?
Well, I don’t know about emotionally, but technically stuff like “The Island” was a fun challenge to take on because there are all of these quick switches. I think we had to make some compromises from the record. There is maybe some continuity on the record that you can’t really do in the live version. Stringing together the “Crane Wives” was always a fun challenge, kind of like a puzzle. Most of my interest in my songwriting is pretty simple. I’m kind of a “verse, verse, chorus, verse, instrumental break, chorus, verse, out” kind of guy, and so I think whenever we stray from that and create these kind of puzzles, the band, in particular, likes to take those things on.

I don’t think “simple” is the first word anyone would use to describe you as a songwriter.
I think if you were to dig down, I think you would discover it. I occasionally stray, but it’s mostly just stringing things together and making them longer, maybe would give the appearance of a more complex songwriting style.

Re-listening to this album, I found myself thinking, “Oh, I think I learned that word from listening to this record in the first place.” In Lin-Manuel Miranda’s introduction to the reissue, he talks about that phenomenon, and the experience of listening to a Decemberists song and going down an internet hole trying to read up on everything that’s mentioned. That’s a universal Decemberists fan experience.
Yeah. I mean, it’s not really intended. I don’t mean to send people to the dictionary. That’s not what I’m setting out to do, to educate people in any way. It’s one of those things that always gets talked about the band and, honestly, when I’m writing these things, I’m just trying to use the breadth of the language—this language that’s so beautiful. Putting in words that you wouldn’t maybe see in a pop song, but you wouldn’t bat an eyelash at in a poem. I guess it’s my sort of English major background rearing its ugly head.

In that vein, what are you reading right now?
I am reading—gosh, you got me right at the right time for a really precocious, pretentious name check. I am reading the fifth book in the My Struggle, Karl Ove Knausgård series.

You’re going to have to tell me what that is.
He’s a Norwegian writer and he’s written a six volume series that’s basically a really beautifully written series of memories. It’s a novel, he says it’s a novel, but it’s kind of an autobiography, but really broken up and vividly remembered. A lot of it is sort of half remembered and created, a modern Proust—a lot of people call it that. I’m on the fifth book and it’s incredible.

All of your demos for The Crane Wife are included in this new reissue. Do you have any nervousness about putting that work out there, or is it so long ago that you feel a bit more removed from it now?
I don’t know why there would be something embarrassing in the demos that wouldn’t also be embarrassing in the finished product, you know? Maybe there is some shyness about some of the the fumblings a little bit as I’m trying to figure out where a song should go next, or where a verse and a chorus should meet, but for the most part the songs are fairly finished. I always tend to get songs to a point where I would play them out by myself and then bring them to the band. One thing I would be embarrassed was if a listener were to somehow sit in the room next me while I was writing “O Valencia!” or something like that. That I can’t even handle. I can’t even work when knowing somebody else might be hearing me.