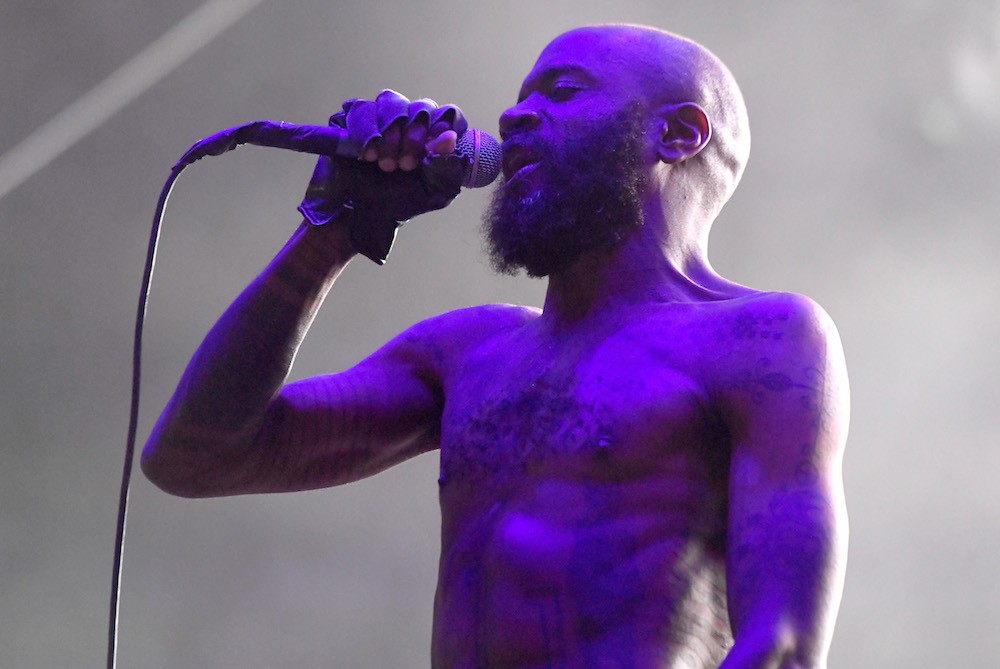 Next month, the Los Angeles gallery Slow Culture will host an exhibition of paintings by Stefan Burnett, better known to music fans as M.C. Ride of noise-rap nihilists Death Grips. Slow Culture is billing the show as the first solo exhibition by the Death Grips frontman.

Burnett has long been a painter as well as a musician–it came up briefly in a SPIN interview with Death Grips from 2012–and earlier this year, his personal website published a series of stark and occasionally morbid monochrome images in acrylic on black canvas. Slow Culture’s promotional page for the upcoming show features a similar painting, depicting a group of people holding hands around a table as if saying grace or conducting a seance. Burnett’s website has since been updated with a link to the gallery. 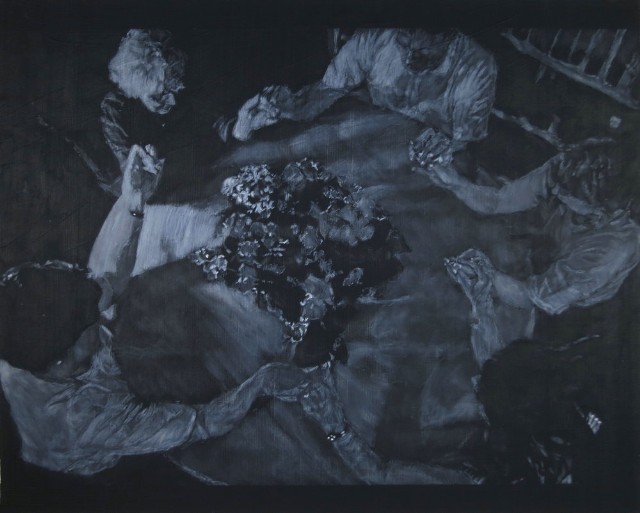