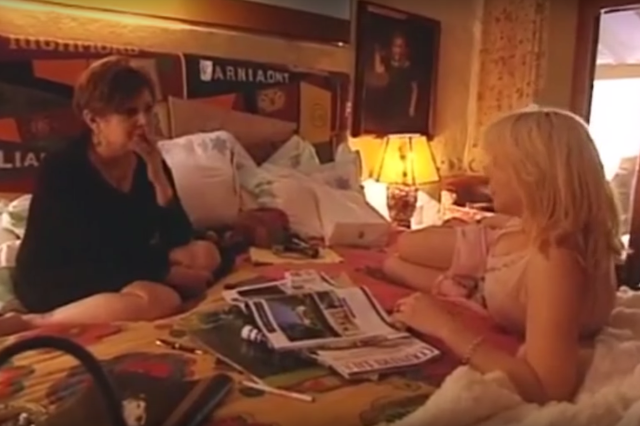 The late actress and writer Carrie Fisher was also a friend and mentor to Courtney Love. And, one time back in 2006, Love drove over to Fisher’s house, sprawled out on the bed, and had a heart-to-heart about her love life over a stack of Country Life magazines.

The moment appears in the 2006 British TV documentary The Return of Courtney Love, which followed Love during the making of the record that eventually became Hole’s Nobody’s Daughter. Fisher counseled her friend on the importance of taking ownership of one’s decisions: “After I’ve made as many bad choices as I have, I have to assume the choices are mine. I’m not victim, and neither are you.”

Watch below; the scene with Fisher begins around the 34:40 mark.

Carrie fisher – great wit – great friend / one of the brightest lights has gone out . Deep condolences to Billie and Debbie pic.twitter.com/NoUQt1mq5u