Beyoncé, Blood Orange, Mitski, and More: Navigating Protest Music in 2016 and Beyond

When Lemonade premiered on HBO in April, it seemed like there was nothing Beyoncé couldn’t do. If she could make the poetry of Warsan Shire and the visual aesthetic of Julie Dash’s majestic, difficult Daughters of the Dust the cultural event of the year, then surely she could achieve any feat she attempted.   But Lemonade wasn’t just a vindication of Beyoncé’s influence. When a musician who’d spent years carefully cultivating a “flawless” image felt secure enough to reveal her most vulnerable self in public, the larger implication was that American culture had finally reached a moment when women could be powerful without being perfect. The album’s storyline traces its protagonist’s road from betrayal to independence to reconciliation—on her own terms. The visual imagery that accompanies the songs suggests that she finds strength in allying herself with other women. Although much of Lemonade is specific to black, female identity, there are parts of this story that could come straight out of Hillary Clinton’s biography.

So it made intuitive sense to see Beyoncé embrace Hillary at a get-out-the-vote concert in Cleveland on November 5th. But it would become painfully clear, just a few days later, that this boundary-breaking year for women in the cultural sphere wouldn’t also bring the election of our first female president. We don’t often glimpse the limits of pop culture’s power, but amid the shocked, terrified aftermath of Donald Trump’s Electoral College victory came the realization that the heaps of political music released in 2016 didn’t tip the scales against bigotry. Big-name musicians like Bruce Springsteen and Katy Perry hadn’t just stumped for Clinton; dozens of others had written songs attacking Trump. Dave Eggers released 30 of them in 30 days, by artists like R.E.M., Death Cab for Cutie and Ani DiFranco. Multiple publications sifted out the best examples of this new subgenre, while Vulture published some “tips for writing an effective anti-Trump song.”

By some definitions of “effective,” no one succeeded, although only a few of the songs were truly awful. (Eminem’s “Campaign Speech” and the Black-Eyed Peas’ “Grab’m by the Pussy” spring to mind.) The bigger problem was that, with the exception of YG and Nipsey Hussle’s refreshingly blunt “Fuck Donald Trump,” none really resonated, either. While all of these artists seemed to be acting on a genuine compulsion to align themselves with the right side of history, not one made an argument we hadn’t already heard repeated ad nauseam on cable news or in the endless churn of online punditry. And it was hard to imagine that any musician with less red-state appeal than Taylor Swift, who remained notoriously mum about her vote despite plenty of popular curiosity, could actually change minds. If Trump voters didn’t care that every reputable newspaper in the country had endorsed Clinton, what could a Sara Bareilles song commissioned by This American Life accomplish?

In a country as polarized as ours, the only people singing along with liberal protest songs would never have voted for a spray-tanned demagogue in the first place. Which makes it easy to conclude that political pop music, plentiful though it may be, has lost its power. But protest songs (imperfectly defined, for clarity’s sake, as songs intended to drive home a clear political point) weren’t the only form of political music we heard in 2016. They’re just the only kind we tend to assume is capable of effecting change.
During the Vietnam War, protest songs that raged against world leaders or pleaded for peace became the gold standard of political music. We’re still measuring the millennial generation’s output against Neil Young, Bob Dylan, Joan Baez, Phil Ochs and the older folk singers, like Woody Guthrie and Pete Seeger, they looked to for inspiration. Every few months, some new thinkpiece appears to scold young people for failing to produce the next “Masters of War.”

This hand-wringing is an insult to the political music that already dominates the pop charts and thrives in the underground but barely resembles the polemical anthems that fueled the ‘60s. Instead of preaching, many of these songs and albums document the politicized lives of people Trump promised to oppress in service of making America great again. At least three of 2016’s #1 charting albums—Lemonade, Solange’s A Seat at the Table and A Tribe Called Quest’s We got it from Here… Thank You 4 Your service—meditate on black identity. Tribe may be the only of these artists whose lyrics would work on protest signs, but in tracks like “Don’t Touch My Hair” and “Formation” (a far bolder statement than co-signing Hillary), Solange and Beyoncé used their personal experience to celebrate and vent frustrations about daily life as black women.

Beyond the Billboard Top 40, Blood Orange’s Freetown Sound situated itself within an ongoing Civil Rights Movement by weaving in the voice of other black artists, past and present. Helado Negro murmured about being “Young, Latin and Proud” as though he were sharing a beautiful secret. Swet Shop Boys’ “T5” recounted how the brown-skinned MCs “always get a random check when [they] rock the stubble.” On her album Blood Bitch, Jenny Hval used menstruation as a metaphor for everything that’s empowering and terrifying about being a woman. Mitski wrote a love song about how coming “from different worlds” can ruin a relationship. The queer punk duo PWR BTTM’s single “Projection” summed up the isolating effects of perceived difference in the devastating lyric, “my skin isn’t made for the weather.” G.L.O.S.S. disposed of respectability politics with a hardcore EP titled Trans Day of Revenge, whose opening track exhorted members of their community to “Give Violence a Chance,” even as “We Live” exalted in the way that community cares for its own.

More than any other album released this year, Moor Mother’s Fetish Bones sounded like the kind of protest music that could actually resonate in the 21st century—the heir to pained pre-hippie dispatches like “Strange Fruit” and “Mississippi Goddam.” The noise, rapping and snatches of gospel on Camae Ayewa’s sui generis debut evoked the cruelty of police violence and the righteous anger of the Black Lives Matter movement in the same breath. Rather than encouraging us to take to the streets, it made us feel like we were already there, which is one way of reminding people to stop fucking around on Spotify and start fighting. Embodied experience is crucial to this music, too. “You can see my dead body at the protest,” Ayewa chants on “Deadbeat Protest,” accusing so-called allies of “trying to save my black life by fetishizing my dead life.”

There is a strain of cultural criticism that dismisses identity-centered art as “boutique activism” or some new form of narcissism (never mind that it isn’t so new, and no one seemed to be complaining back when it was the Beatles making all those “I”/“me” statements), often without bothering to differentiate between an album like Fetish Bones and, say, a disposable earworm about how dudes like your big butt. Like white, male writers’ post-election pleas that the left give up identity politics, this is an argument that gravely underestimates the power of representation.

Art may not constitute activism in and of itself, but the music of Blood Orange and Mitski and Jenny Hval is a refuge for the communities it represents. By rendering visible the experiences of everyone who’s different from the straight, white men our future president panders to, it helps us survive. But it’s also our best hope of reaching people who don’t seem to care about anyone who doesn’t look, or love, the way they do. As the same-sex marriage movement confirmed, the empathy we develop through exposure to those we perceive as different really can affect policy. For the 75% of white Americans who don’t have a single non-white friend, albums like Lemonade and A Seat at the Table can be revelations. Instead of bombarding these listeners with opinions that would instantly alienate them, Beyoncé and Solange do what the most effective political artists have always done: speak honestly about their own lives in a medium that is accessible enough to reach millions of people. It doesn’t seem like a coincidence that these two albums, which combined the personal and the political in very different ways but both served as powerful counterpoints to white, male supremacy, are dominating music publications’ “best of 2016” lists, including SPIN’s.

If any kind of music has a chance of getting through to the other half of America, it’s going to be music that makes them see the rest of us. 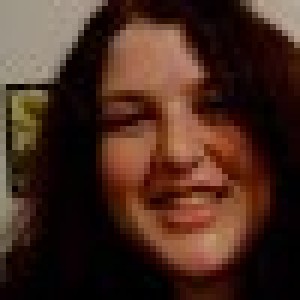