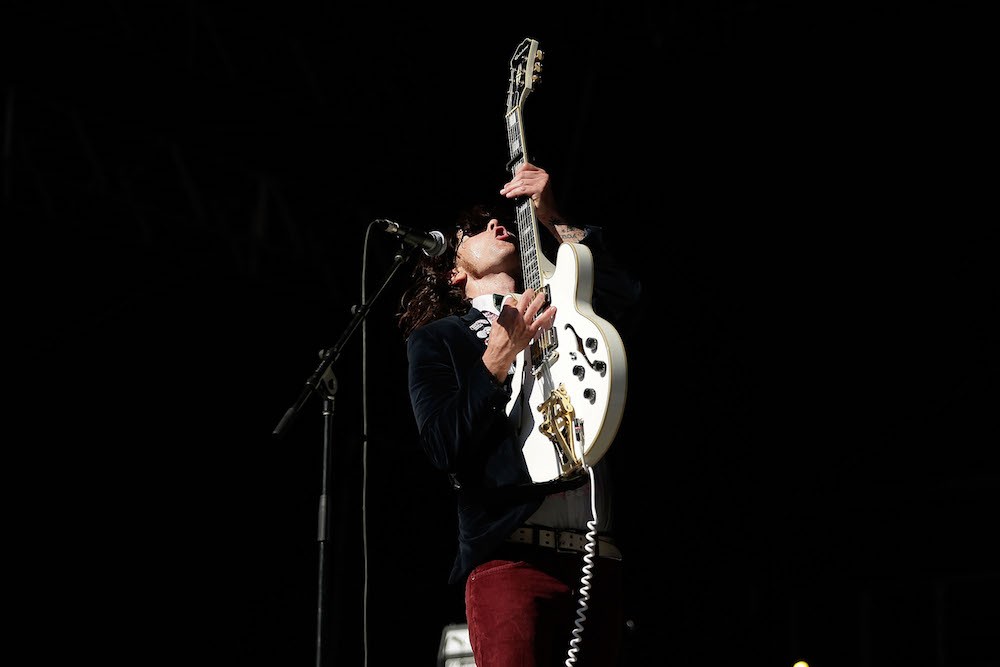 In an e-mail to SPIN, Beach Slang confirmed the addition of two new touring members for their upcoming European trek. They’re drummer Cully Symington, who played with the Afghan Whigs and Okkervil River, and lead guitarist Aurore Ounjian, formerly of the quartet Mean Creek. Regarding Symington, lead singer James Alex wrote, “He’s probably the coolest person I know and he hits like an animal.” Of Ounjian, he said, “She is the sweetest human I’ve ever met and can play circles around me.”

Beach Slang has been forced to tour as Quiet Slang—just Alex on an acoustic guitar—following guitarist Ruben Gallego’s firing amid sexual assault allegations last October. The split was part of a rough year that also included the ousting of drummer JP Flexner in July and the theft of their tour equipment after an Austin show in November.

But new year, new Beach Slang. Their European tour kicks off January 20 at the Exchange in the United Kingdom. A list of their scheduled dates is available on the band’s Facebook page.