At Least 24 Dead After Fire in Oakland Warehouse 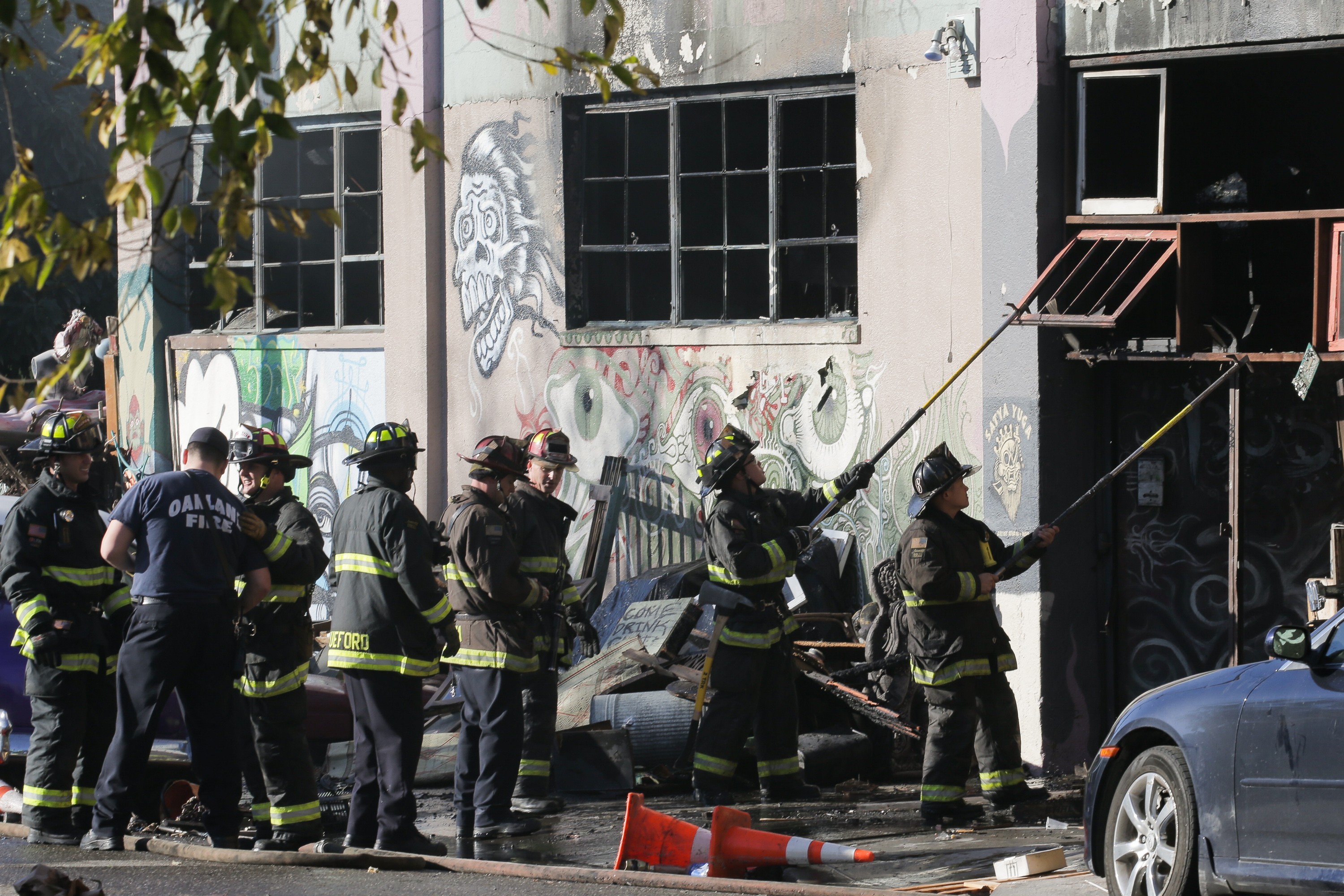 Sgt. Ray Kelly of the Alameda County Sheriff’s Office told reporters at a news conference that at least 24 people had perished in the fire, that began around 11:15 p.m. on Friday night.

The blaze tore through Ghost Ship, an arts space in the Fruitvale neighborhood of Oakland, where an electronic music show was happening at the time of the fire.

So far, only about 20 percent of the building had been searched. And yet, things were looking still more grim.

“We anticipate the number of victims will rise,” Kelly told reporters.

According to fire Battalion Chief Melinda Drayton, firefighters continued search-and-rescue efforts through the night. she described to reporters how the excavation was being handled “literally bucket by bucket.” She also described the scene as “quiet and heartbreaking.”

Kelly said that only three families had been officially notified of the deceased and that the process was going slowly.

“We will be here for days and days to come,” Kelly said.

ABC 7 News reported a memorial had been set up on the perimeter of the fire. Elsewhere, a crowdfunded fire-relief purse has raised more than $100,000 already.

There were about 70 people inside when the fire started, according to Max Ohr, the creative director of the space, who was working the door at the time of the fire.

“The roof had already caught and the flames were coming towards the door at an alarming rate,” he told NBC News.

Photos of the Ghost Ship space show a cluttered, if not beautifully ornamented arts space, replete with wood sculptures and furniture. Ohr told NBC he believed an electrical issue was to blame for the fire in the warehouse. He also said the building, which was not zoned for residential use, had no fire sprinklers. Other reports said a staircase made out of wooden pallets was the only access between the first and second floors.

One promoter, Nihar Bhatt told the East Bay Express that the party was expected to be one of Ghost Ship’s largest events yet. Performers included Golden Donna, Cherushii, Nackt, and Black Jeans.