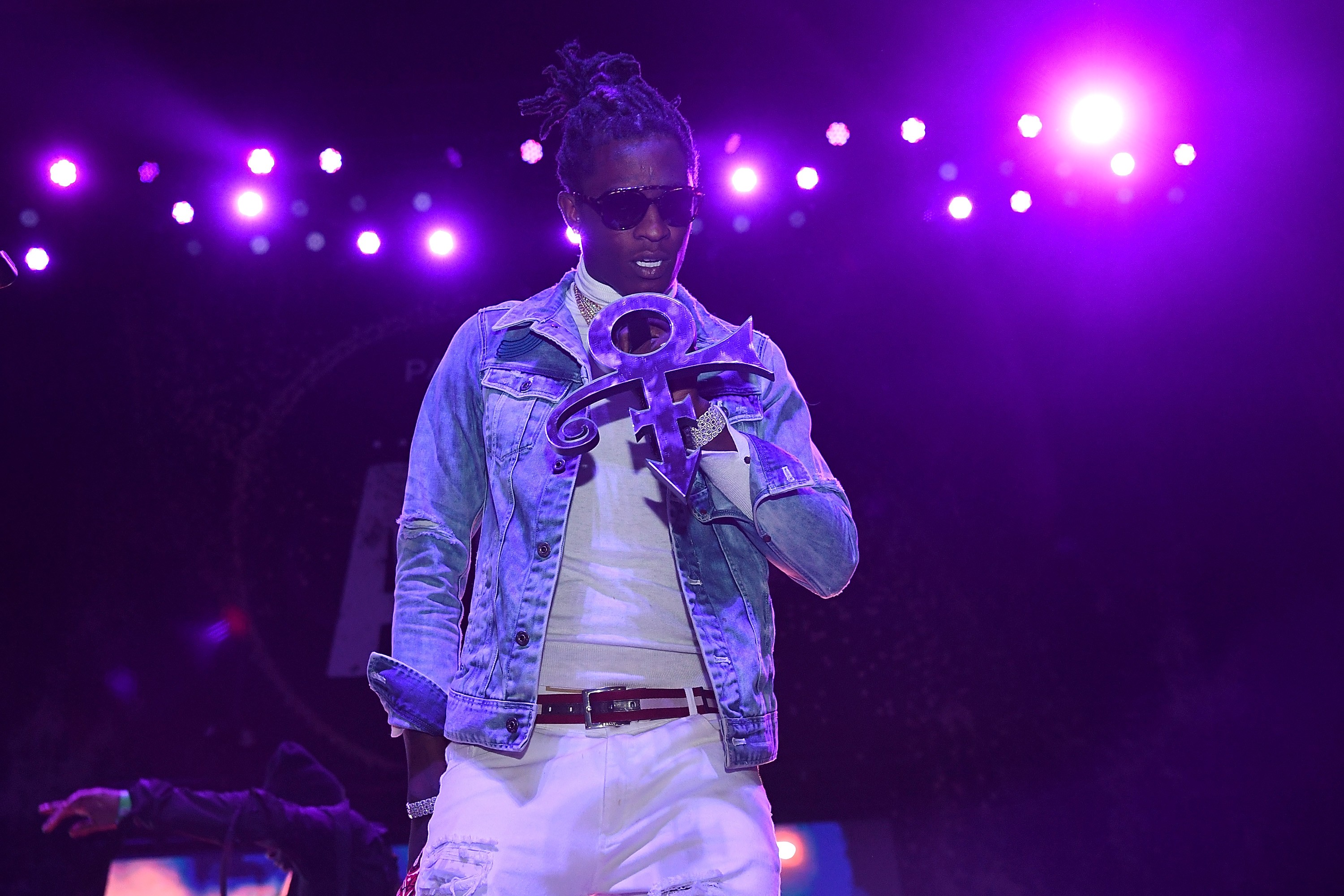 Young Thug’s label–Lyor Cohen’s 300 Entertainment–has given the rapper an imprint called YSL Records for his own artists. In a Snapchat story earlier this week (reupped to YouTube by DJ Akademiks), Thugger gave a virtual tour of his new office, with a fresh new logo on the wall, and a glimpse of a team meeting. Kevin Liles, 300’s co-founder, is shown giving a pep talk, praising Thug’s vision: “Always standing 300 with us. Him starting a new venture is going to take us to a different mindset…He’s not just an artist in this particular case.”

YSL (Young Slime/Stoner Life) has long been Thug’s unofficial name for his clique, and he’s been hinting at the idea of a “YSL Records” since at least 2014. But this is Thugger’s first on-the-books brand on the acronym. His “YSL Apparel” name, once used in conjunction with his merch, does not appear to be officially registered on the United States Patent and Trademark Office database, and the “Young Stoner Life” website he links on its inactive Instagram is no longer functional.

Obviously, the rapper is treading on hallowed ground here: A simple Google search for “YSL” yields nothing but links to Yves Saint Laurent-related websites. Searching the Patent and Trademark listings yields pages of entries for “YSL,” including numerous ones for Laurent. There is nothing logged for “YSL Records” (There is this rapper’s Facebook page and Soundcloud to contend with, however).

Even if some other uncomfortable branding overlap doesn’t present itself along the way, Thug will at least be struggling with a ton of SEO competition. As we already know, though, Thug has never seemed to have reservations about infringing on others’s already-established branding.

No YSL signees have been announced, though FACT predicts, logically, that Thug’s oft-featured protégé Duke would definitely be a logical early choice.