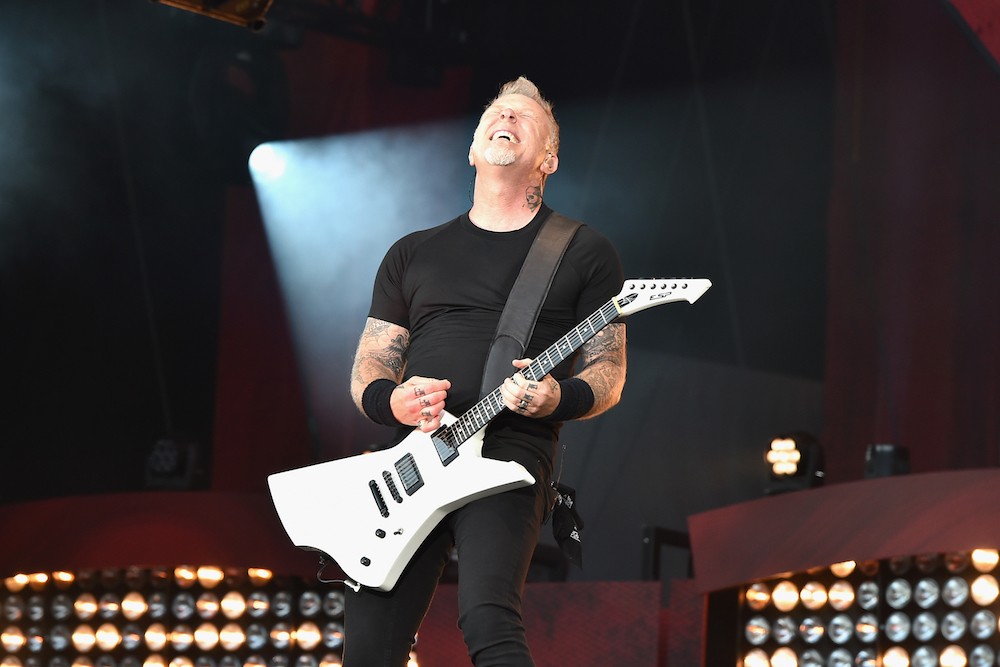 On the eve of the release of their new album Hardwired… to Self-Destruct, Metallica have released a music video for every song on the album, plus one for bonus track “Lords of Summer.” The 10 new clips, which trickled out via their website and various media outlets over the past 24 hours, are rounded out by videos for “Hardwired,” “Atlas, Rise!” and “Moth Into Flame,” which Metallica released earlier in the year.

In the middle of their music video marathon last night, the band appeared on The Tonight Show, where they gave a performance of “Enter Sandman” on toy instruments, joined by house band the Roots and host Jimmy Fallon.

Watch the Fallon performance below, and all 13 Hardwired… to Self-Destruct videos after that.

“Spit Out the Bone”