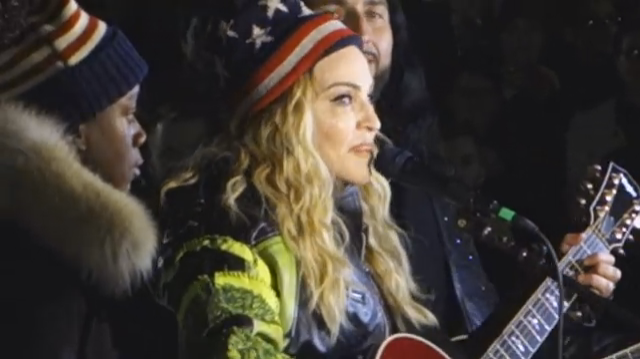 Madonna made a surprise appearance at Washington Square Park last night, and performed a brief acoustic set in support of Hillary Clinton. She announced the location and time through Instagram only a few moments before the show started, and played “Rebel Heart,” “Like A Prayer,” “Express Yourself,” John Lennon’s “Imagine” and Peter, Paul, and Mary’s “If I Had a Hammer,” according to The Guardian. In addition to serenading the crowd, she urged them to vote for the election today.
Watch Madonna perform a few songs from the set below.