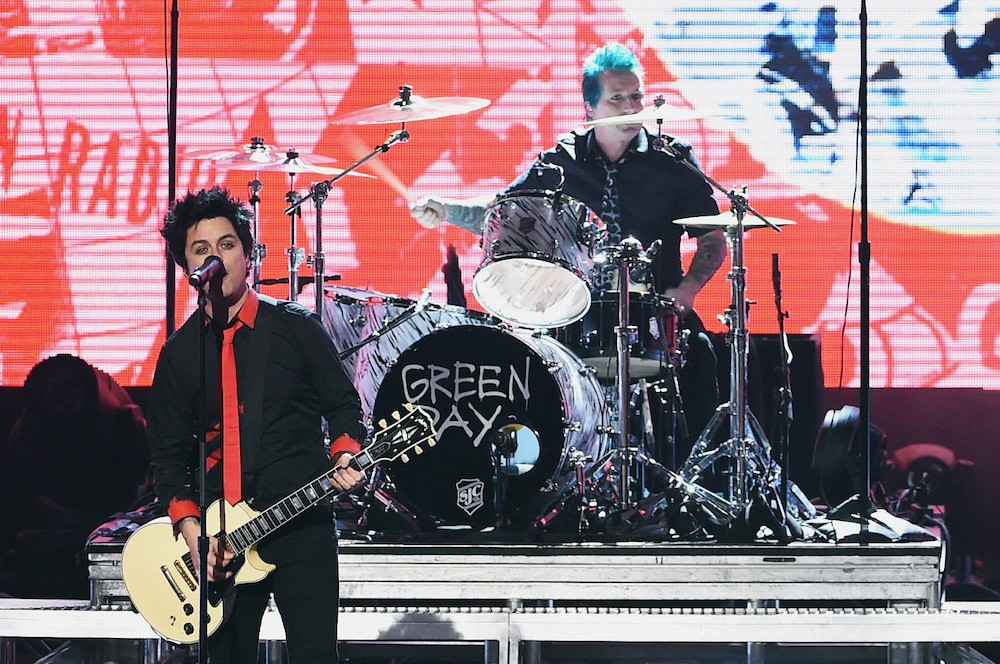 During last night’s American Music Awards, Green Day turned their single “Bang, Bang” into a protest against the president-elect and his goon-ish supporters. In the middle of their performance, the band chanted, “No Trump, no KKK, no fascist USA!” Watch it below:

This isn’t the first time Green Day has added anti-Trump lyrics into a song of theirs; two nights before the election, Billie Joe Armstrong sang “subliminal mind-Trump America” instead of “subliminal mind-fuck America” during a performance of the band’s 2004 hit “American Idiot” at the European Music Awards.

The pop-punk greats have a lengthy touring schedule ahead of them—in support of their newest album, Revolution Radio—so you can bet that their 2017 will be filled with more onstage swipes at Trump.