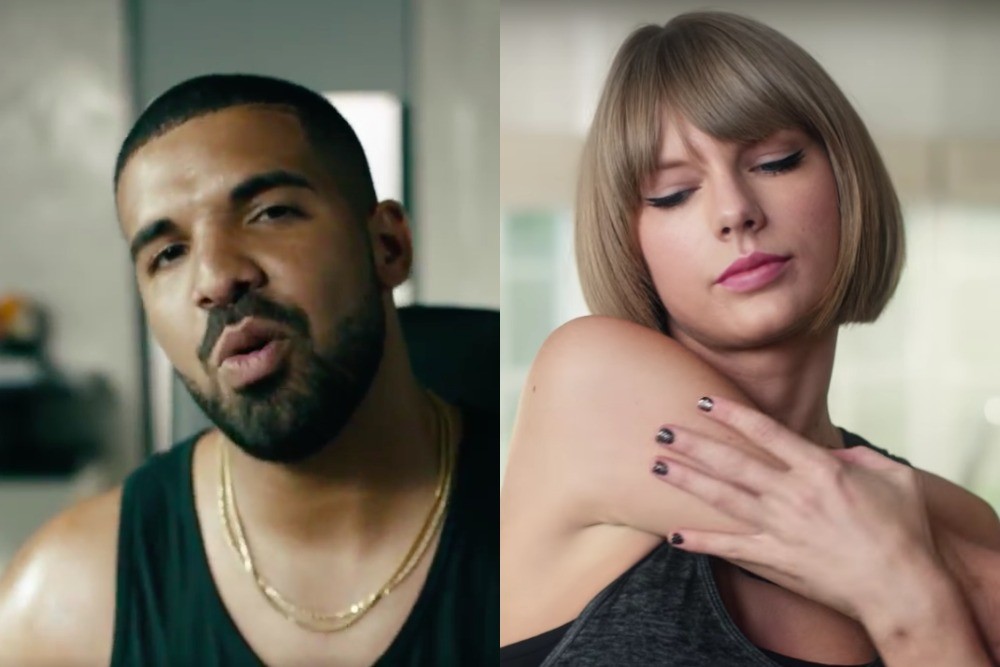 Rappin’ RealDoll Drake is the star of a new Apple Music commercial, in which he goes about his daily workout while rapping along to Taylor Swift’s “Bad Blood.” Aubrey Graham used to be an actor, if you didn’t know, and his facial expressions work overtime as he chews into her words, which suddenly sound like the pop version of your garden variety petty-as-hell Drizzy song. It is very corny, and very Drake. (It also mirrors Taylor’s own Apple Music ad, in which she rapped along to “Jumpman” before clumsily falling down, haha, Taylor, what a goof.) Watch it below.

Reports emerged recently that Taylor and Drake were collaborating on music that may be listenable, given enough time to ferment in Max Martin’s brain. These dueling ads seem like a soft launch for whatever project that’ll end up becoming. Cynicism is not our wave, and yet this collaboration has such a focus-tested air of finality to it. In 2016, Taylor and Drake are weapons-grade media manipulators who obsess over their haters and will hop on any trend for a pop hit—a recipe sure to make some numbers go up, even if “Taylor Swift rapping” sounds like the song that’ll end the earth. Drake can’t neuter himself any worse than Kendrick did by showing up on the “Bad Blood” remix, at least.