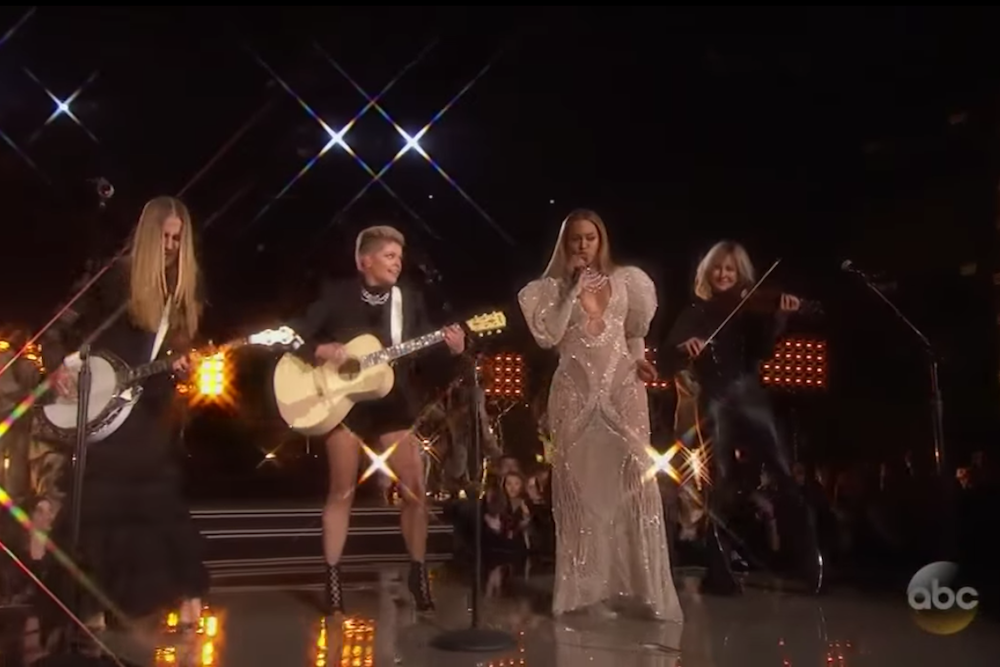 Last night, after much hype from fans and scorn from right-wingers, Beyoncé gave her much-anticipated performance of “Daddy Lessons” at the 2016 Country Music Association awards. She was joined by the Dixie Chicks, a group that knows a little something about how country music and politics can be a tricky mix.

Backed by an ensemble featuring banjo and baritone sax, the musicians ripped through the Southern-fried Lemonade cut, and interpolated a bit of Dixie Chicks’ 2002 hit “Long Time Gone” at the end. This isn’t the first time Dixie Chicks have tackled “Daddy Lessons”: they began playing it in their own live sets after the release of Lemonade earlier this year.

After the performance, Beyoncé released a new studio version of “Daddy Lessons” featuring the country trio. Watch the CMA version below, and hear the studio version after that.