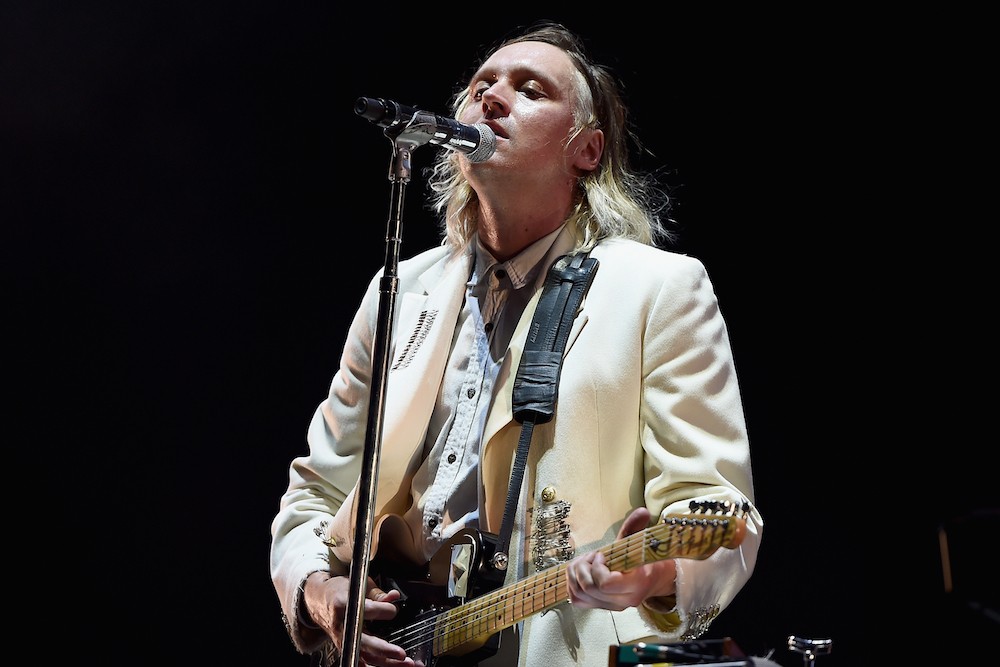 Last night, Win Butler of Arcade Fire played an extended version of Bruce Springsteen’s serially misinterpreted protest song “Born in the U.S.A.” at Jam the Vote, an all-star concert in Port Chester, New York. Butler and the other performers were backed by the Preservation Hall Jazz Band and the Blind Boys of Alabama, and the concert also featured Craig Finn of the Hold Steady, ?uestlove, Robert Randolph, and others.

Arcade Fire have been wearing their Springsteen fandom on their sleeves ever since Neon Bible or so, and as Pitchfork notes, they covered “Born in the U.S.A.” at a show in August. After a short speech thanking immigrants to the U.S., Butler started last night’s rendition in a slow, alt-country groove, then ramped up to the tempo of the original, inserting some pro-immigrant lyrics as well: “I don’t care if you were born in the U.S.A. / If you want to come, baby, you’re here to stay.” Watch it below, and look out for more activity from Arcade Fire in the near future—they recently debuted some new music at a secret show, and have announced that they’ll be playing the U.K.’s Isle of Wight festival in June 2017.