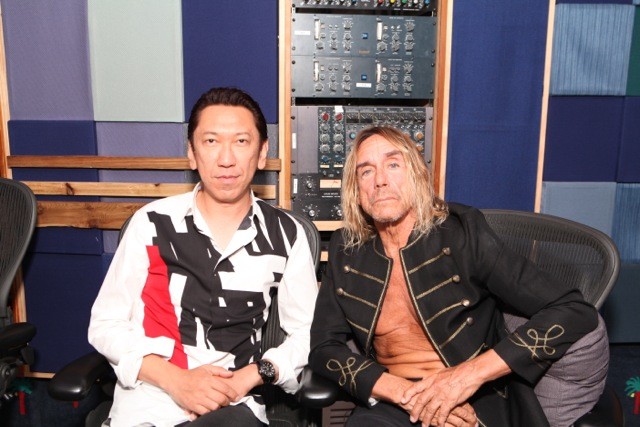 Tomoyasu Hotei, a.k.a. Hotei, is a world-renowned Japanese musician, who stateside cinephiles might recognize as the killer guitarist on the song “Battle Without Honor or Humanity” from Quentin Tarantino’s Kill Bill. Working with artists such as David Bowie, INXS, Blondie, and Joni Mitchell, Hotei released his first international album Strangers just this past year. Today, he’s shared the video for “Walking Through the Night,” his collaboration with Iggy Pop. Watch the video, which was directed by Tomomi Okamura, below.

Hotei also shared a statement about the song:

Iggy is a man with a huge heart.  Despite the fact he’s the god of rock music fans, he genuinely showed interest in a Japanese guitarist who has a career in Japan but almost no profile anywhere else in the world … With the lyrics to “Walking Through The Night”, he created a picture of a lost soul wandering around on the dark backstreets of Shinjuku in Tokyo. The session was amongst the most creative and productive time I had in my 35 year career.