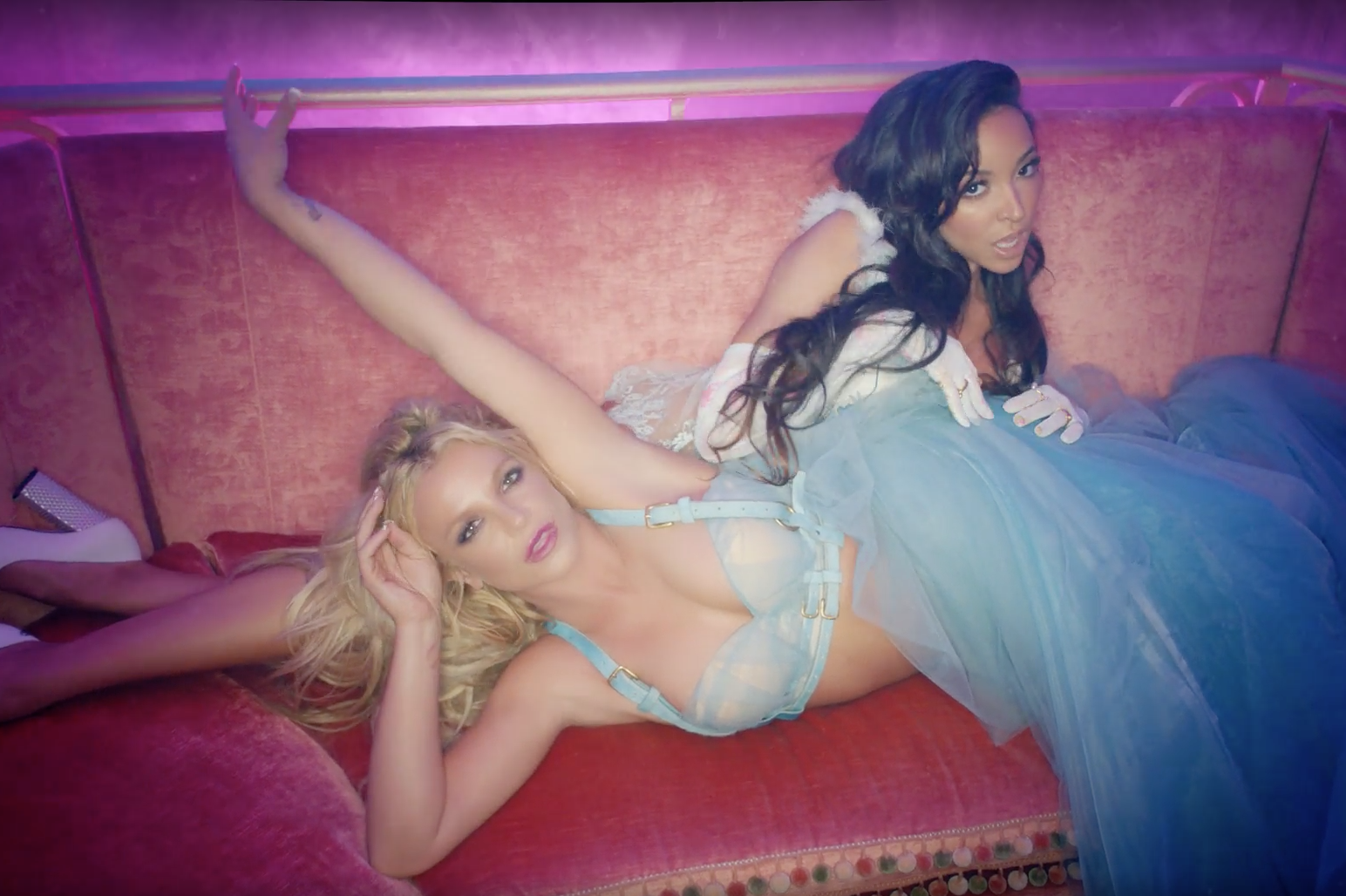 Britney Spears and Tinashe have a new video for their joint version of “Slumber Party,” a song from Spears’ recent album Glory. It’s a fun, outrageous, and expensive-looking clip that finds the two singers cozying up during an all-night bash at a neon-lit mansion where all the guests wear lingerie. Spears seems to be satisfied with the updated song, because the Tinashe-featuring cut of “Slumber Party” has replaced Glory’s original, Britney-only version on streaming services.

There are more than a few Britney-and-Madonna-at-the-VMAs vibes here—the video’s male lead is basically a mannequin. It’s miles better than the forced, brand-filled video for “Make Me,” and the addition of Tinashe’s vocals is enough to make you wonder why they ever released the song without her. Watch below.