Yes, the Weeknd Named His Album Starboy in Homage to David Bowie 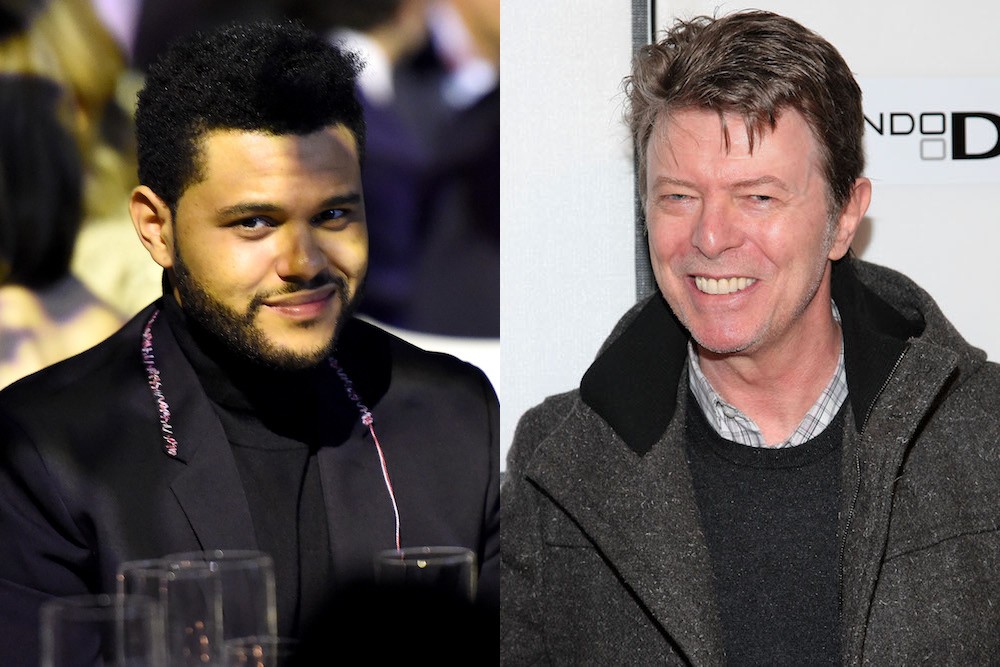 The Weeknd is dropping his new album Starboy on November 25, which means he’ll be spending the next few weeks answering a lot of questions. One of the major ones is, well, why is the album called Starboy? The Weeknd revealed in newly published Wall Street Journal profile that the title was inspired by David Bowie. One of the late icon’s most famous and beloved songs was “Starman,” which appeared on his classic 1972 album The Rise and Fall of Ziggy Stardust and the Spiders from Mars.

“I just love Bowie, I think he’s the ultimate inventor,” the Weeknd said. The Starboy also revealed that he had scheduled some recording time at Prince’s Paisley Park, before the Purple One died in April. Prince’s last televised appearance was him giving presenting the Weekend with American Music Award for Favorite Soul/R&B Album. The Weeknd said that Starboy is “a thousand percent” inspired by the deaths of Prince and Bowie.

The Weeknd also offered a practical reason as to why he ditched his signature Basquiat hairstyle for a more quaint caesar cut: “It was actually very uncomfortable. I could only sleep on one side of my face. Now the sleep is amazing, the shower is amazing because I don’t have to spend two hours cleaning it. I didn’t know how much I wanted it until I did it.”