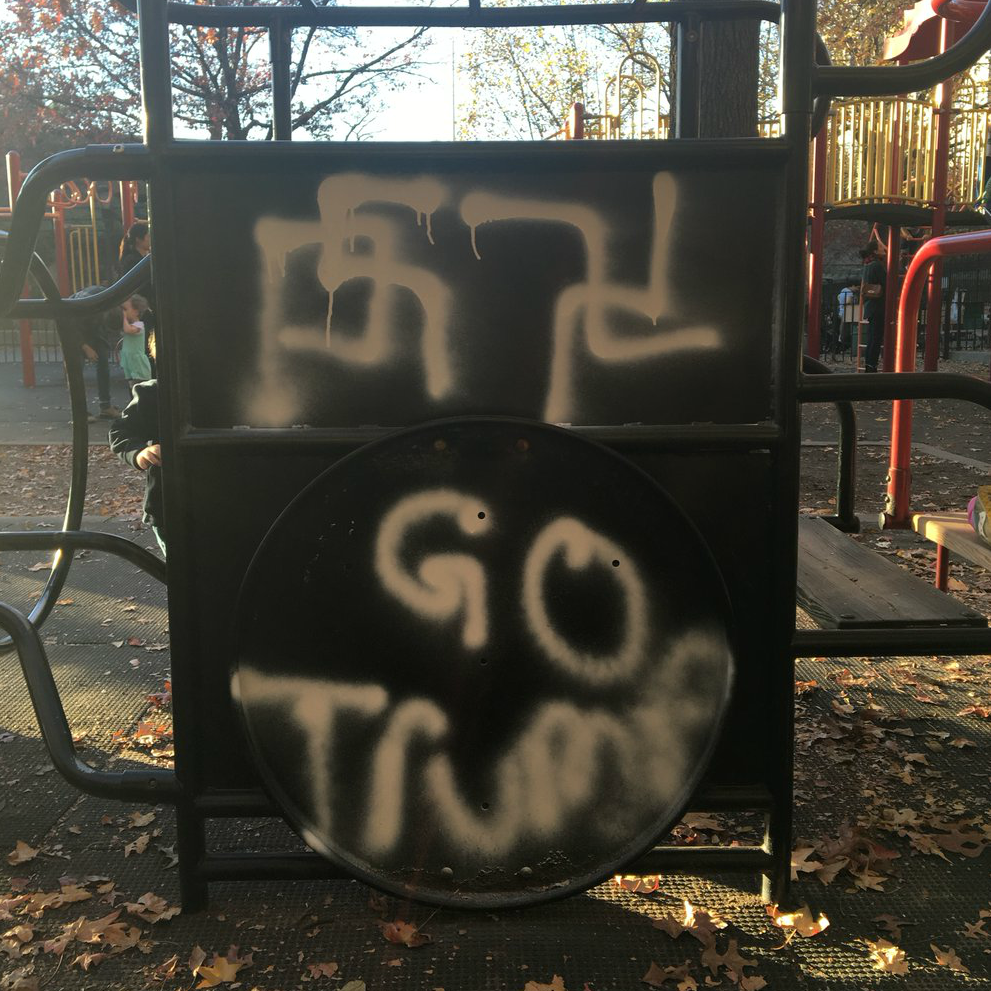 Adam Yauch Park is a corner of green space dedicated to the late Beastie Boys rapper, a.k.a. MCA, in his home neighborhood of Brooklyn Heights, Brooklyn. Yesterday, anti-Semitic vandals spray-painted the park’s playground equipment with a pair of poorly drawn swastikas and the slogan “Go Trump.”

Yauch, like his bandmates in Beastie Boys, came from a Jewish background. City councilman Brad Lander condemned the graffiti as “hatred,” saying it would be investigated and painted over immediately:

NYPD Hate Crimes Task Force and @NYCParks staff on-site immediately. Will be painted over tonight. No place for hate. We will not be cowed.

In response to the vandalism, New York state senator Daniel Squadron and congresswoman Nydia Velázquez announced a “stand up against hate” rally in the park on Sunday, November 19. Beastie Boys and punk icon Kathleen Hanna also tweeted in support of the rally.

Hate has no place in Brooklyn, NYC, or our country. Join me & colleagues Sunday to stand against hate messages. 11:30, Adam Yauch Park, BK pic.twitter.com/BZ95sx9HwF

The anti-Semitic graffiti in Adam Yauch Park is only the latest prominent report of targeted harassment or hate crimes since the election of Donald Trump. The Southern Poverty Law Center’s updated tally now includes 701 incidents nationwide since Election Day, including more than 200 tagged as “Trump” or “swastika.”