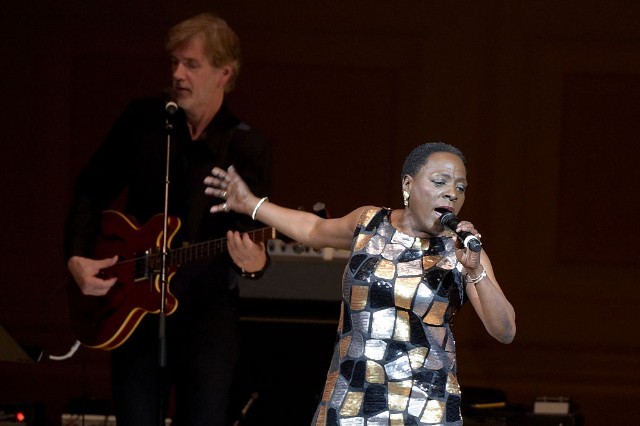 Sharon Jones, the front-woman for her soul group Sharon Jones and the Dap-Kings, has died of complications from pancreatic cancer. She was 60.

Jones was initially diagnosed with bile duct cancer in 2013, as she and the Dap-Kings were finishing what would be their final album of original recordings, Give the People What They Want. The diagnosis later changed to stage two pancreatic cancer, but she went into remission less than a year later. In 2015, the cancer returned, forcing Jones to cancel a number of performances, including last month’s South by South Lawn concert at the White House.

“We are deeply saddened to announce that Sharon Jones has passed away after a heroic battle against pancreatic cancer,” her representatives said a statement. “She was surrounded by her loved ones, including the Dap-Kings.”