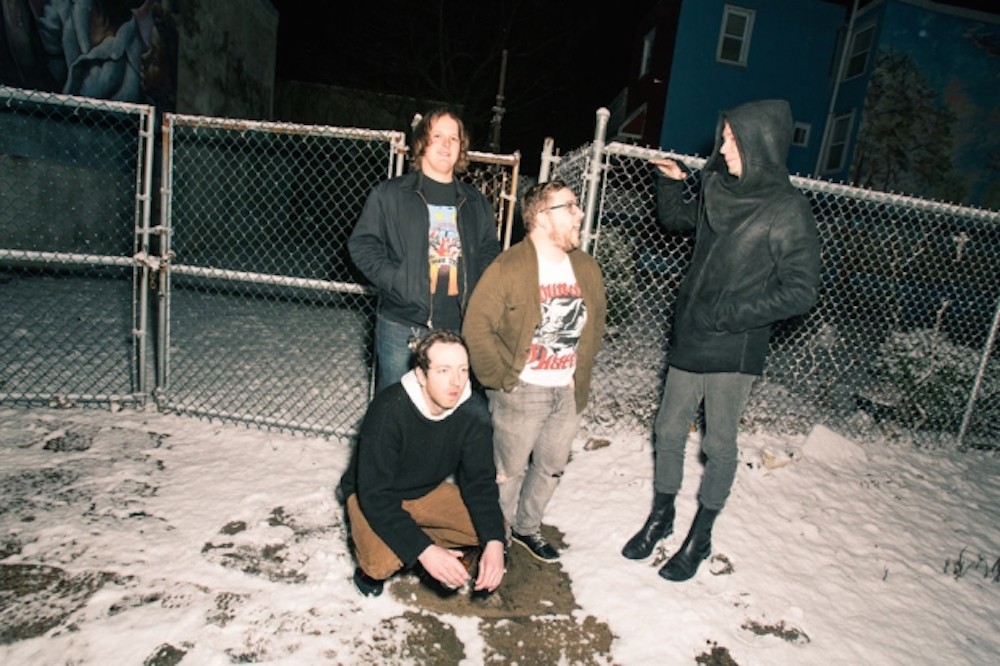 This morning, Pennsylvania sludge rockers Pissed Jeans released the first single from their just-announced new album, Why Love Now. The album, the band’s fifth, was co-produced by No Wave pioneer Lydia Lunch and Philly metal producer Arthur Rizk, and is set to be released February 24, 2017. Listen below to “The Bar Is Low,” which frontman Matt Korvette says is “about how every guy seems to be revealing themselves as a shithead.”