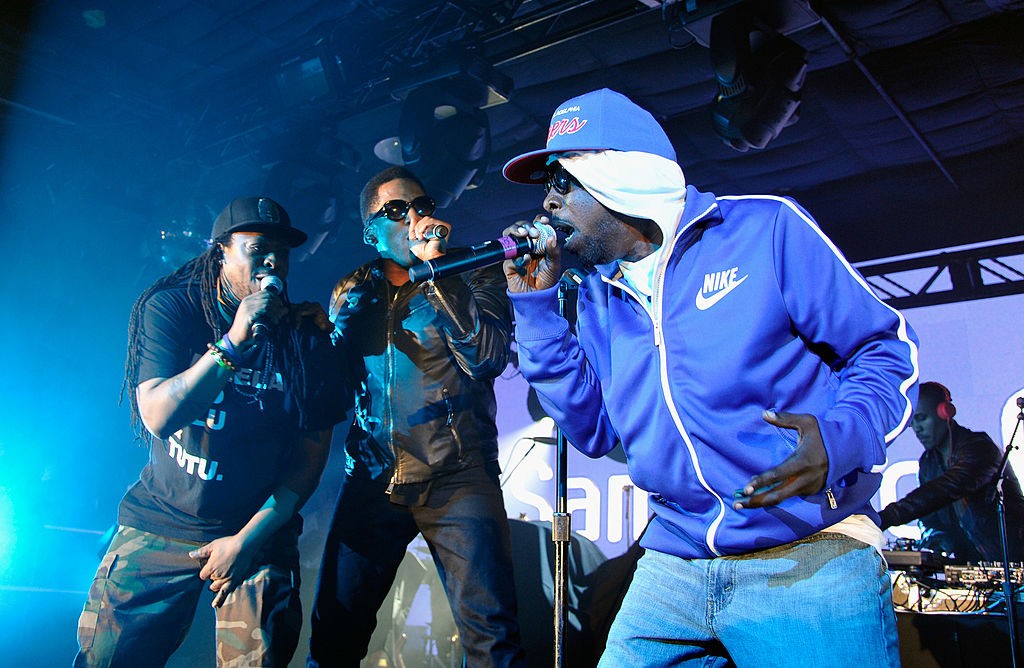 A stretch of Linden Boulevard in Queens, New York is now also known as Malik “Phife Dawg” Taylor Way, in memory of the late member of A Tribe Called Quest. The honor was approved several months ago, but new signage was unveiled today during an outdoor ceremony at the intersection of 192nd Street.

There’s also a mural honoring Tribe at the same intersection, which the group referenced on classic tracks like “Check the Rhime.”

In an interview aired on NPR today, ATCQ’s Q-Tip and Jarobi White talked about missing Phife and honoring his memory. “He’s actually the one who was the most spirited about us getting back together and was probably the most ardent about it for many years,” Q-Tip said. “When it finally happened, he was just so filled with joy. You saw the joy every day. I know that in spirit, he’s here.” They also hinted at the possibility of upcoming live shows.

Last week, A Tribe Called Quest released their Essential final album, We Got It from Here… Thank You 4 Your Service. Watch video clips of the Phife Dawg memorial street sign unveiling and dedication remarks from Q-Tip below.

This one is for #Queens #PhifeDawg x #Linden #HipHop #idaneekmiller